We're on board with this.

We loved watching them together on screen and it seems that now Stranger Things’ Charlie Heaton and Natalia Dyer may well be in an off-screen romance too!

Charlie was spotted protectively wrapping his arm around his co-star while they caught a flight out of Los Angeles this week. 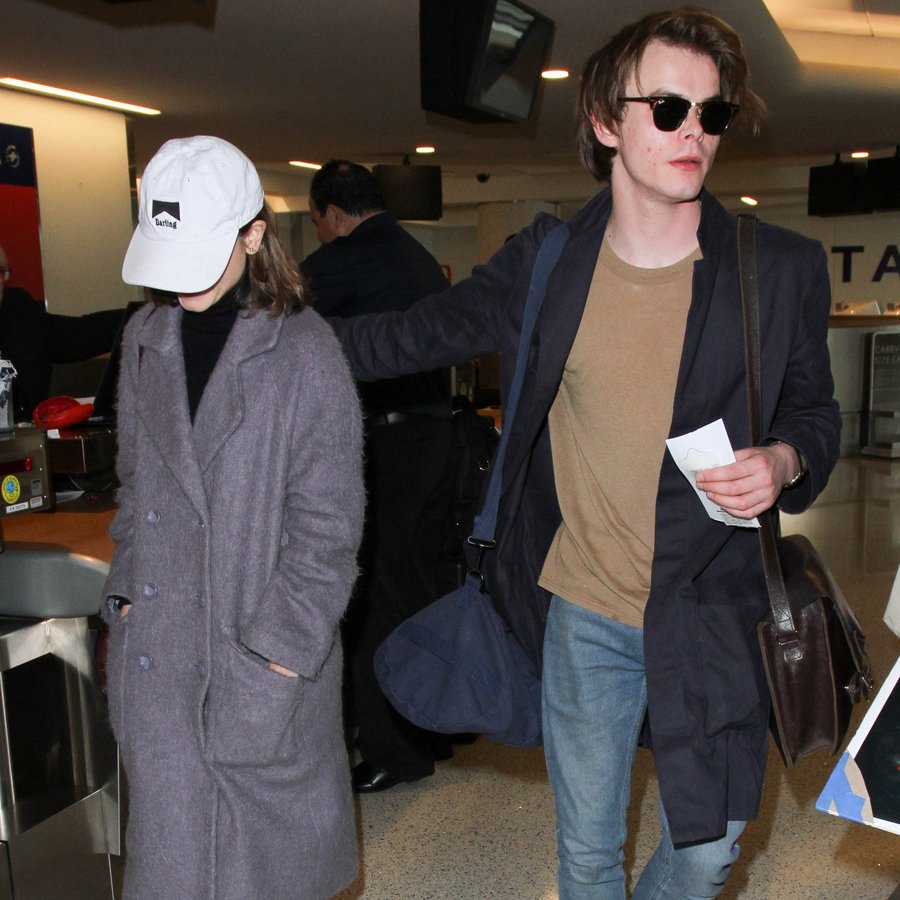 The actor, who happens to be English, later fueled romance rumours further by posting a photo to his Instagram of him wearing Natalia’s shoes, with the caption: “@nattyiceofficial Need my converse back!”

@nattyiceofficial Need my converse back!

This isn’t the first time that the pair have been spotted out and about. They were first connected over Halloween when they sported co-ordinating outfits and then were pictured on a Spanish holiday together in September.

Wow congrats @charlie.r.heaton on his new one man show Stranger Wings!! Sure gonna miss you s2 but happy you're doing what you love

Many fans of Stranger Things were seriously disappointed when their on screen characters Jonathan Byers and Nancy Wheeler didn’t end up together in the first season, so perhaps their off-screen romance will suffice.