She's the secret Kardashian baby nobody knew about until she was born - check out how cute Stormi is!

The rumours were rife that Kylie Jenner was pregnant with Travis Scott's baby for months but we only got confirmation after Stormi Webster was born... and of course it was all about those super cute first baby pictures after that!

After laying low for months and avoiding the paparazzi, Kylie proudly showed off her growing tummy in a video dedicated to her baby daughter. 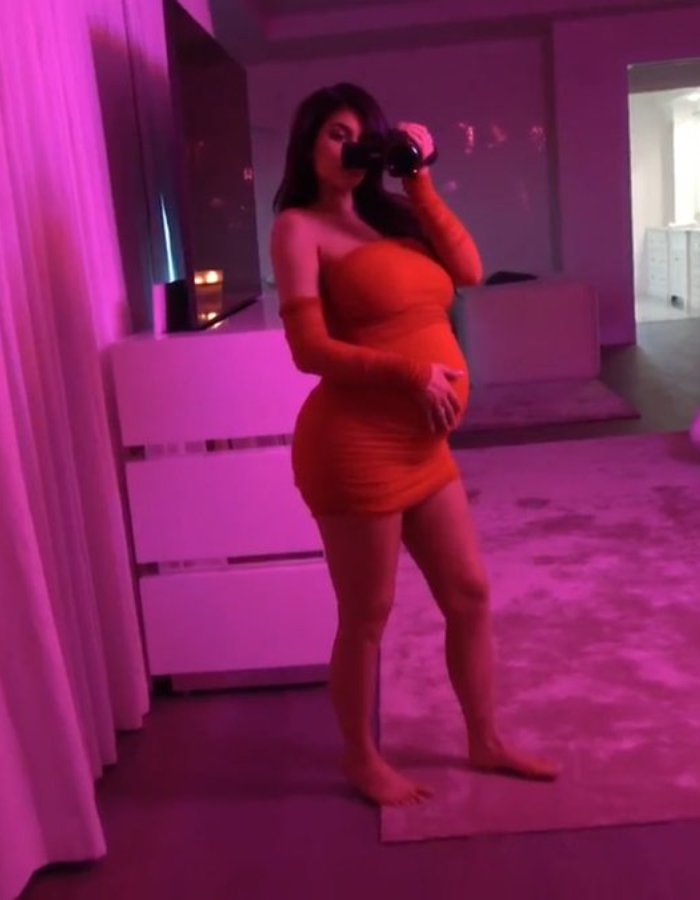 She also revealed the sonogram - you could already tell how cute Stormi was going to be!

After the radio silence, fans were treated to all this at once - Kylie even showed her ultrasound photos from her scan.

The reality star had a pyjama party to celebrate Stormi's impending arrival alongside her pregnant pals and sister Khloe Kardashian who is also expecting her first child. 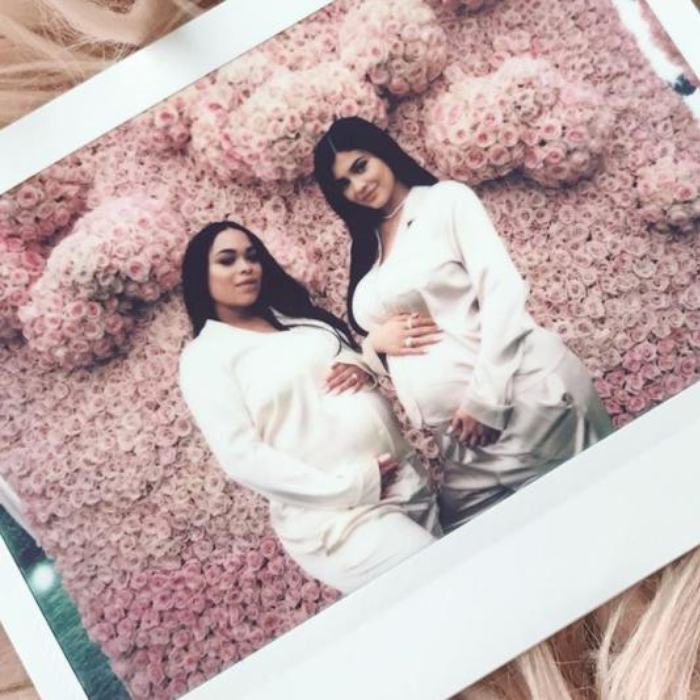 We finally got the first photo of Stormi... even though all you could really see was her tiny hand

Look how cute that lil' hand is holding onto mama though. How has she already got a better mani than us at just a week old... how?! 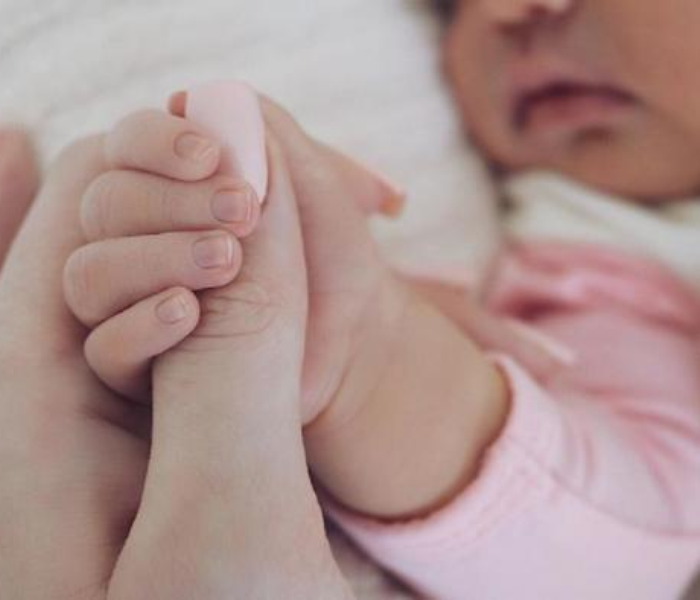 We got the first photo of Kylie and her bubba together when the little one was a month old - happy month-iversary, Stormi!

Fans were obsessed with how amazing Kylie looked - and we finally got to see a bit of her little face! 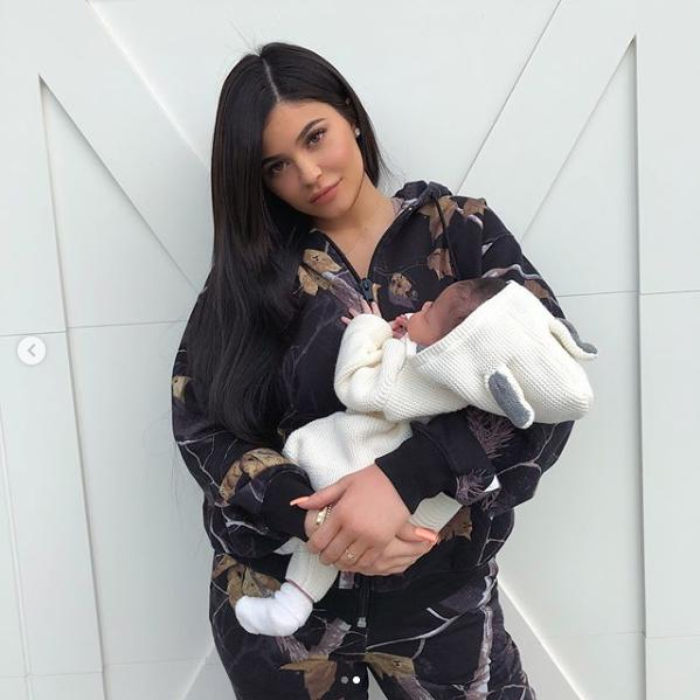 Well, did you expect anything less from the child of the queen of social media?! 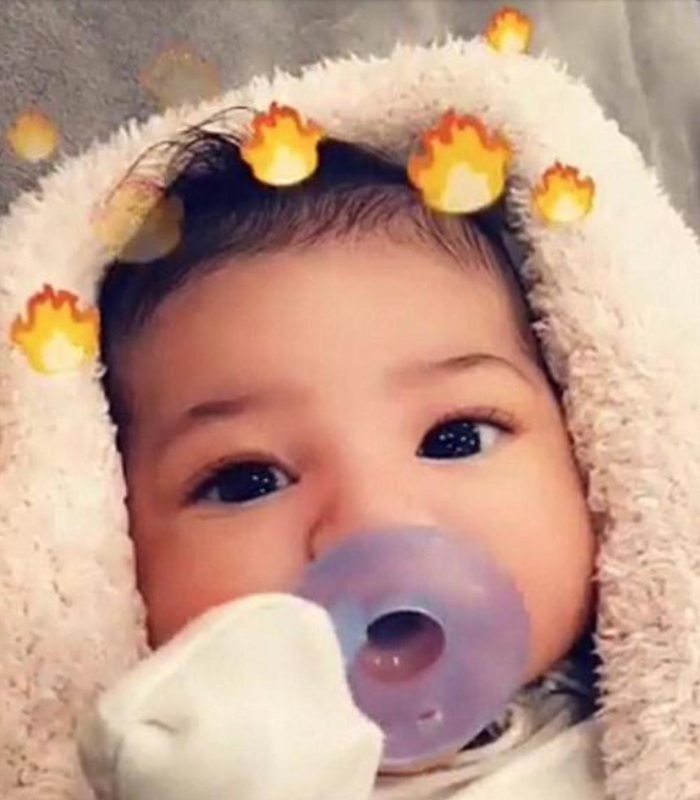 Have you ever seen a prouder great-grandmother? This is too cute. 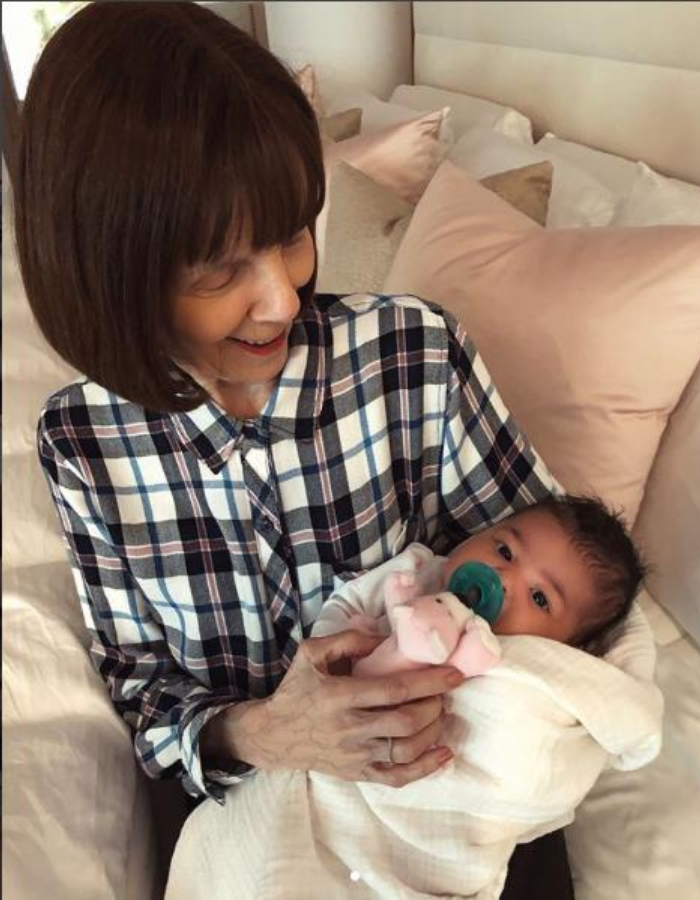 We could just pinch her lil' chubby cheeks - Stormi might only be a few weeks old but she's already a regular on mama's Snapchat! 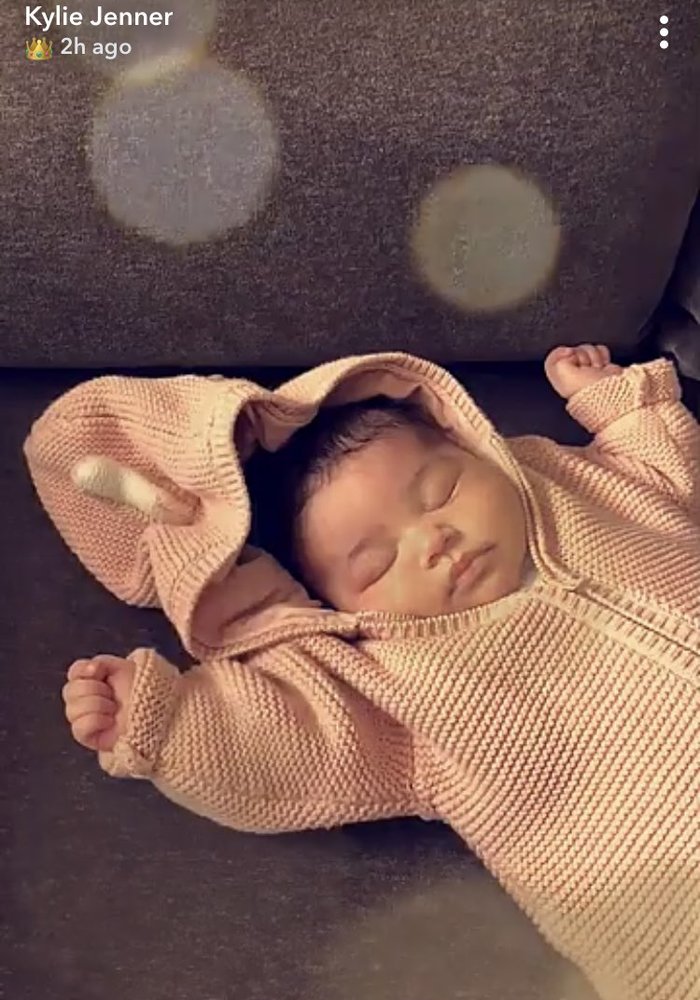 Kylie Shared A Video On Her Instagram Stories To Show Just How Much Stormi Has Grown Already...

Look at that smile! No wonder Kylie doesn't mind sharing pics and vids of her daughter when she has a smile as cute as that!

This lil one just gets cuter by the day - we can't believe three months went so fast!

We can't wait to watch Stormi grow up!

> Download Our Fancy New App For All The Latest Kardashian News!