WATCH: Saara Aalto Does A Stunning Cover Of Sia’s ‘Chandelier’ On Top Of A Glitterball!

She channelled her inner Miley Cyrus as she performed her amazing first show of 2017.

She came a VERY close second on the X Factor last year, but Saara Aalto proved exactly why she would have been worthy of the winner’s crown with her first performance of 2017…. Complete with a giant gliterball!

Saara took to the stage at London’s G-A-Y in front of a sell-out and celebrity studded crowd as she delivered a stunning set, including a faultless cover of Sia’s ‘Chandelier’.

As well as her unbelievable vocals, Saara brought in a massive glitterball suspended from the ceiling and channelled her inner Miley Cyrus as she rode on top of it for the track. 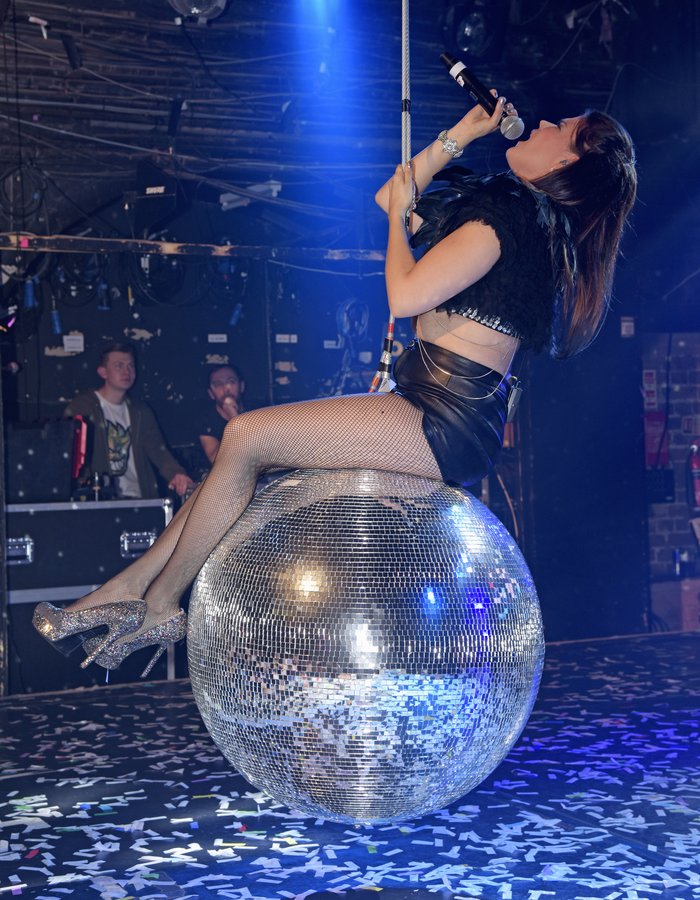 Clearly a fan of Sia, Saara has also had the chance to work with the elusive artist and is recording a track written by her, and has already signed an international record deal with Sony Music to release her own tracks.

We can expect to see a lot more of  Saara in the future as she’s not only been in the studio but is filming a documentary charting her life following the X Factor.

A source told The Sun, “There’s huge interest in Saara, both in the UK and Finland. The show will follow her life post-X Factor, taking in recording sessions, meeting fans and her home life.

"There’s a couple of production companies interested in taking on the project and they would film right up until August.”