Take a seat. It's gonna be a bumpy ride.

The Pretty Little Liars ladies have kicked off their farewell tour in style.

And have given us seriously juicy inside spoilers.

So, here’s the 7 things that we know about the final EVER Pretty Little Liars. 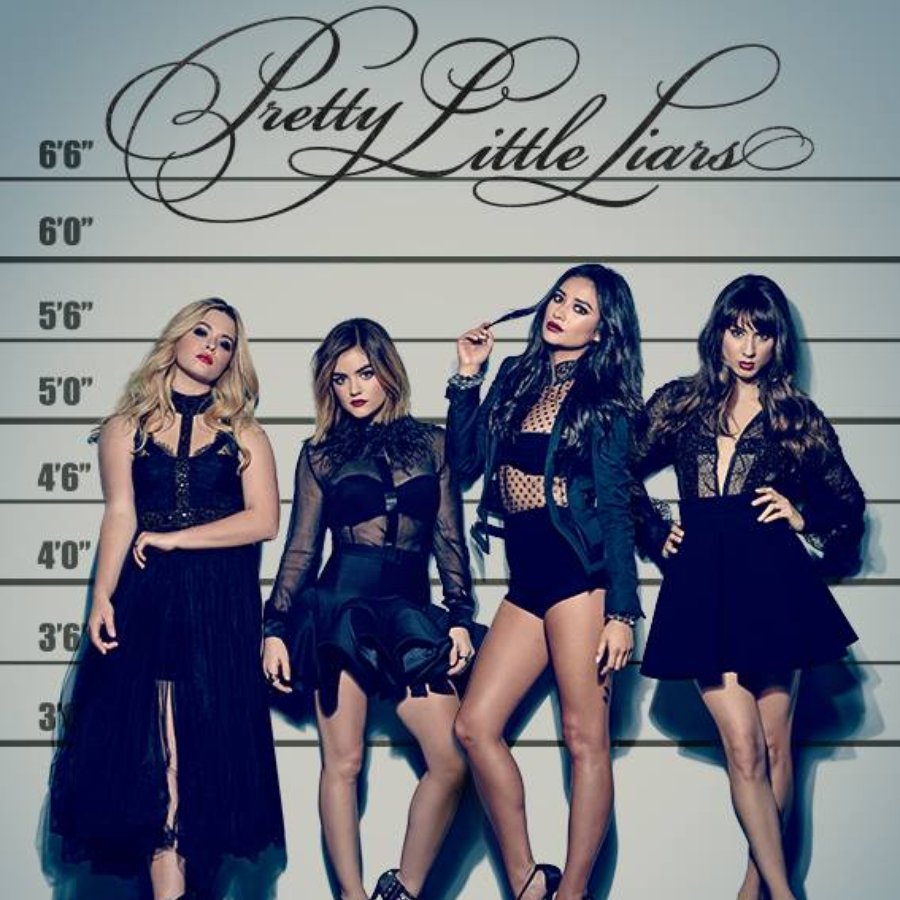 The Final Season Is Dedicated To The Fans.

“These last 1o episodes are really a love letter to the fans”, Marlene King explained.

And we’re hoping that that love letter will translate to answers about what the F has been going on in Rosewood. Thankfully, Shay Mitchell (Emily) has confirmed that, yes, we will FINALLY get some answers. Although, she did go on to comment that she is “so excited for the end, because they’ll all get their answers… except for how the Mums got out of the basement. You’re never gonna know!”.

The Couple That You Ship May Well End Up Together.

King revealed that “I think the couples who are meant to be together will find their way back together”. Which to us sounds like Hanna and Caleb… and Emily and Alison… or Toby and Spencer… and hopefully Aria and Ezra stay together.

Although, it’s not all plain sailing because, as ever, there are a few “surprises”, the producer revealed.

There will be a one year jump forward, before the show ends. The producers also confirmed that Alison’s classroom flash-forward will be addressed too.

There Will Be A Musical Number.

Not sure how we feel about this one, but we’re going to roll with it.

Goldstick has always wanted to incorporate a song-and-dance number into the show and apparently they have “found a way to include it in the last 10 [episodes]. All of [the cast] have incredible hidden talents, and singing happens to be one of them, and I thought it was a shame that we didn’t utilise that”.

Seriously hope it’s a drunken karaoke night at a local bar for Aria’s hen do or something equally as ridiculous.

Alison Will Be Understood.

Because, we’re not going to lie, we’ve had some reservations about Alison. We can never quite tell whether she’s lying so we were relieved to find that there will be a “redemptive quality” to her storyline. The producers continued that they “recognise what she’s been through. I think alot of Alison’s behaviour is, if not forgivable, it’s certainly comprehensible”.

The Producers Are Standing By The Charlotte Twist.

Fans were 100% sure how they felt when it was revealed that Charlotte DiLaurentis was transgender, particularly when she was unmasked as the villain. However, it appears that everyone stands by that decision.

“You don’t want anybody to feel bad about watching this show. Creatively, we still stand by our choice, and we think it was a very well thought out plan. We think of Charlotte just as anybody on our show, who - whatever their sexual preference - is good and bad at times. I think over these next few episodes, we humanise everyone. We humanise Alison and learn why she is the way she is… You have to take the good with the bad, that’s just how it goes”.

This Probably Isn’t The End For Pretty Little Liars.

There’s been a talk of a movie but it seems that producers are almost certain that there will be a reunion of some form in the future. “I feel like we’ll find a way to bring these characters and this world back together at some point in time. We will bring back this cast and girls together at some point… maybe not in two years but soon”.