A new star sign has been introduced into the zodiac, Ophiuchus, but what are its traits?

New star sign Ophiuchus is the 12th sign in the zodiac, shifting many November to December birthdays to what is now position 13 in the sky, Sagittarius.

NASA confirmed what many astrologists have maintained for years in that there is in fact a thirteenth sign, and people born between 29 November to 18 December are now Ophiuchus, instead of Scorpio or Sagittarius.

What are the traits of the new star sign, Ophiuchus?

People with Ophiuchus, pronounced ‘o-few-cus’, as their star sign will have a mix of traits from both Scorpio and Sagittarius.

They are described as insightful and curious, and a “seeker of wisdom and knowledge.”

They are open to change, as routine can get boring and are very passionate.

Generally, they are happy, have plenty of charisma, and a strong sense of justice.

Ophiuchuses are very good at procrastinating, can sometimes be restless, and are often critical.

Social labels are not Ophiuchuses' thing, and they can be quite secretive.

When NASA announced the new star sign, they admitted: “We study astronomy, not astrology. We didn’t change any zodiac signs, we just did the math.”

Committed astrologers have had their beliefs upended over the news, as the star signs have shifted to new dates. 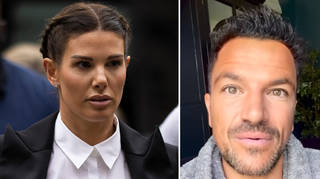