Or just make you feel sick.

With a single named “Upside Down & Inside Out” of COURSE the only place to film the video would be in zero gravity! Featuring flight attendants that love a little boogie, floating laptops and exploding balloons filled with paint, the lads have absolutely KILLED it!

It starts off with them throwing laptops at each other - OBVIOUSLY.

And then they're doing floating press-ups - OBVIOUSLY.

Oh and there's flight attendants assisting with some aerobics - SURE.

And then the paint, omg the paint - how satisfying does that look to pop?!

Congratulations to OK Go for being the first humans to achieve interstellar travel and discover alien life while just making a video.

Although we're not sure if this is a back-handed compliment?

OK GO: The only band who's as enjoyable muted as they are with sound

OK Go - Upside Down & Inside Out

Hello, Dear Ones. Please enjoy our new video for "Upside Down & Inside Out". A million thanks to S7 Airlines. #GravitysJustAHabit

> The 31 Best Pop Stars You Should Totally Have On Snapchat 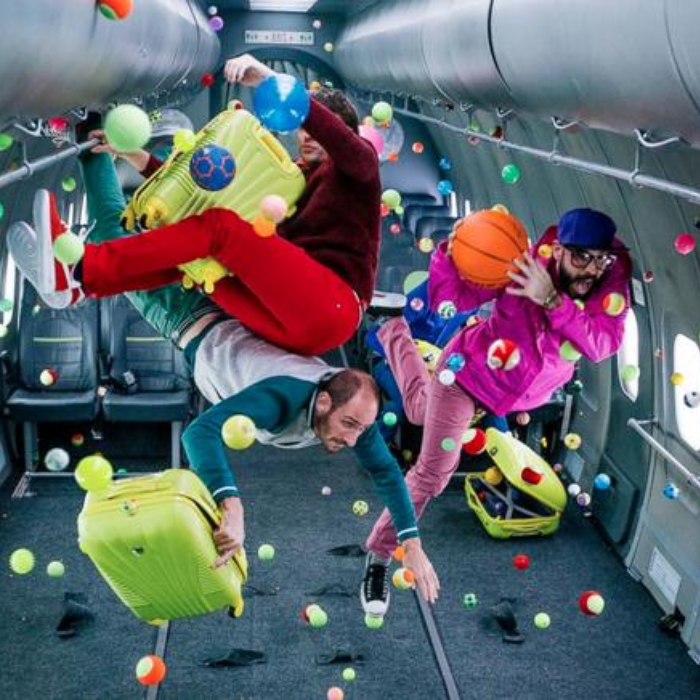