Gotta be the most unusual Valentine's gift we've seen for a while...

For many people, Valentine's Day is a chance for them to showcase their love to the world. For others, it's a day they dread as it reminds them that they're single.

But for 68 year old Angie from Crewe, it will now always be known as the day her dreams came true.

Girl Meets Louis Tomlinson, Asks Him To Draw A Hedgehog For New Tattoo, Get's Nothing Like It

Angie visited the team at Tattoo Fixers and asked them to give her a Valentine's gift that she'll never forget...so that's exactly what they did! 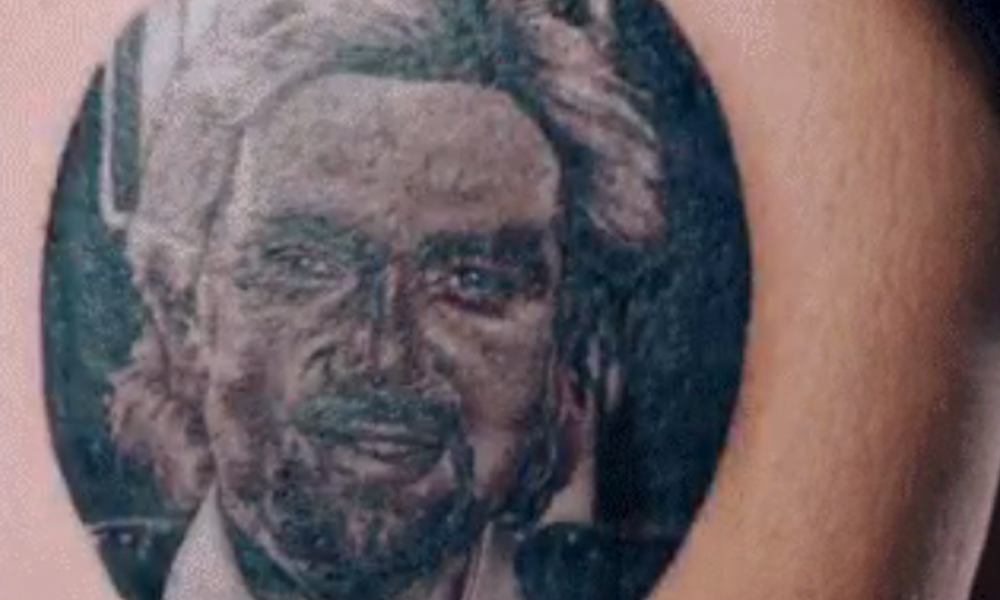 After you hear her story, the tattoo she got will make more sense...

Surely the only suitable place for a Noel Edmonds tattoo is a crinkly bottom... [sorry] #TattooFixers pic.twitter.com/pLFfj3bK1V

Yes, Angie is infatuated with TV presenter Noel Edmonds and even claimed she'd leave her husband for him! So getting a Noel Edmonds tattoo seems like the next best thing when you can't have the real Noel, right?

Each to their own we say, but this is certainly one of the most unique gifts we've seen from Valentine's Day 2017!

Of course fans of the show were quick to jump onto social media to share their thoughts about Angie's ink and it's fair to say that they were pretty shocked by the whole thing!

Hows this woman getting a tattoo of noel edmonds on her thigh?????? She genuinely said she'd leave her husband for him??

I can't believe women getting a tattoo of Noel Edmunds, on her thigh, for a gift to herself even though her husband HATES him #TattooFixers

You know it's time to turn the channel over when there's a woman on TV crying tears of joy for her Noel Edmonds tattoo.

Just seen a woman on the tellybox get a tattoo of Noel Edmonds on her leg. For a valentines gift to herself. Noel Edmonds. Gift. To herself.

At least it'll be a Valentine's Day to remember!