What did we just watch?

It's all fun and games getting an email from electronic dance music producer Marshmello, saying he'd like to have a chat with you.

Then you realise that Marshmello doesn't actually talk. How do we get around this during an interview?!

> Selenators Support Selena Gomez's Bravery, After They Work Out What Her New Song 'Wolves' Is About 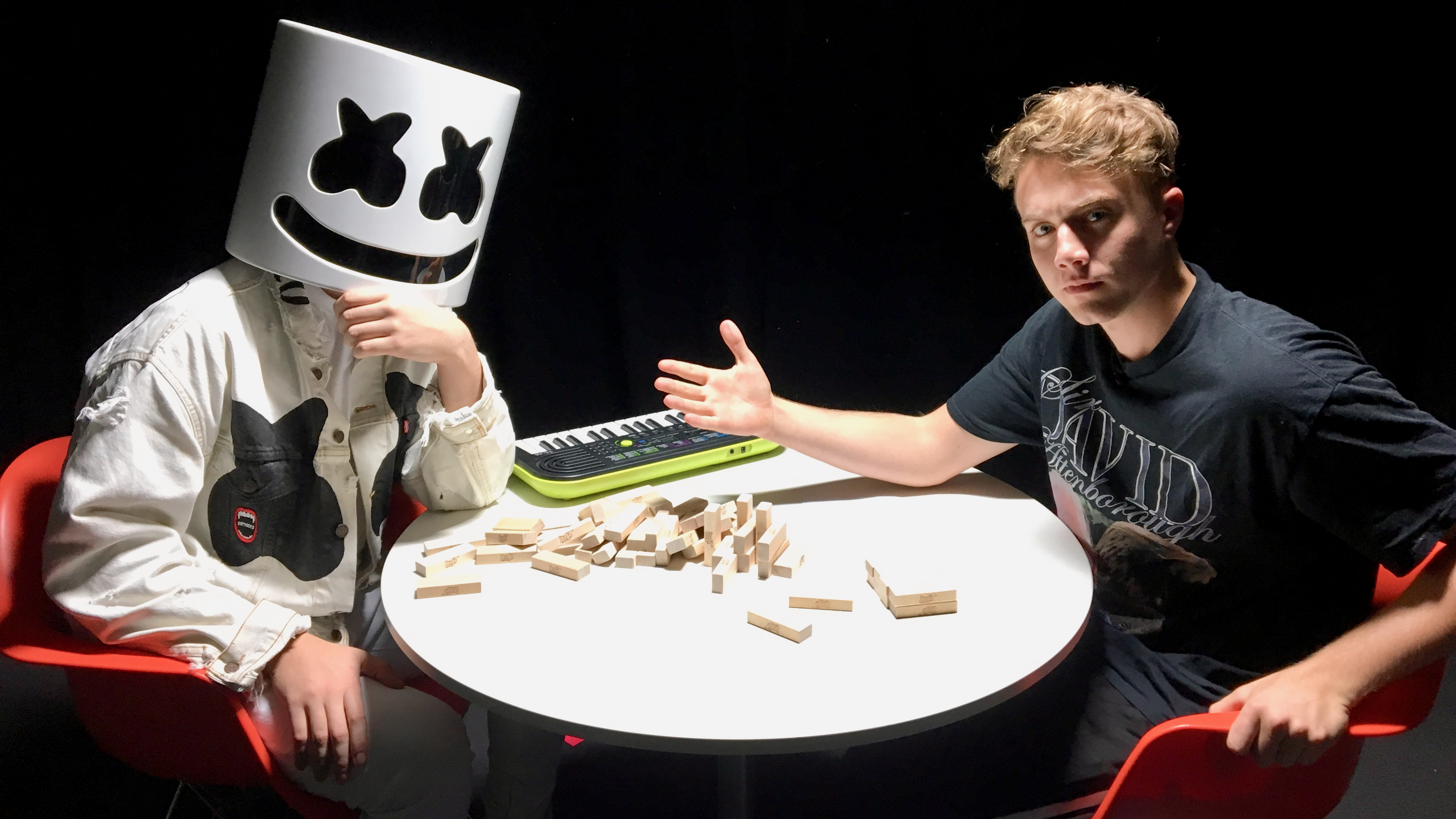 The only logical thing to do was to get Marshmello and Roman Kemp to communicate via symphonies on a keyboard while playing Jenga. Well, we use the term "logical" rather fast and loose.

While - we can't believe we're saying this - playing Jenga, Ro questioned Marshmello as to who his next collaborations would be, following his brand new song with Selena Gomez, 'Wolves'.

Now we think he's looking at working with the likes of Migos, Justin Bieber and Liam Payne, if his jaunty, happy tunes on the keyboard are anything to go by. All we know is that he's rubbish at stacking wooden blocks on top of each other.

> We Can't Promise Any More Jenga-Playing A-Listers, But We Do Have Loadsa Celebrity Gossip On Our App Right Here!

From a bloke who uses a mask to look unrecognisable, to Roman getting made up to look just like Eminem...