11 Pop Star Cameos You Probably Missed In Other Artists' Videos 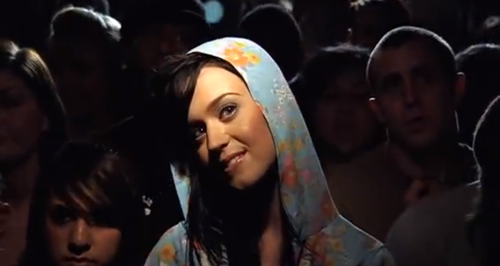 Ever watched a music video and caught a glimpse of ANOTHER pop star? Yeah? So have we! Here is your rundown of those cameos you might have missed on first viewing.

It turns out a LOT more pop stars crop up in each others music videos than we first thought. Whether you are one of the biggest solo artists in the world… ahem… Rihanna, or a former backing dancer, it seems pop acts really do like to make a cameo here and there.

Before FKA Twigs was dazzling us all with her unique music videos such as 'Pendulum' and 'Two Weeks' she was a a back up dancer for big time artists such as Jessie J, Ed Sheeran and Kylie Minogue. Look at those gnarly grills, gggrrrr.

This one is a little trickier to spot that some others mainly because there are about THREE girls who look identical in this video. But trust us, Ke$ha stars as one of Katy's minions. P.S she's not the happy, laughing, smiley one.

Check out our Fashion Face-Off: Katy Perry Vs. Taylor Swift

The UK grime scene came out in force for Lethal Bizzle's 'Fester Skank'. Not only did Wretch 32 and Tinchy make an appearance, there were other cameos from Krept and Conan & Donaeo and Chip. #FESTER

American hip hop group The Rej3ctz will forever be known as the 'Cat Daddy' guys. The trio released the track in 2010 and it starred a very familiar face. Breezy pretty much 1 UP'd everyone in this video with his sweet moves.

Before J Lo was 'Jenny from the block', she was more commonly known as 'that dancer who most definitely looked at the camera in that old Janet Jackson music video'. Needless to say, Jennifer had the last laugh with EIGHT studio albums to date and countless movie roles #Winning.

When your husband is the world's greatest rapper, you might as well draft him in for a couple of frames, right?

Before the 'Roar' superstar had played the Superbowl half-time show, released her own blockbuster movie and basically become one of the biggest pop stars in the world, she played the twee girlfriend of Gym Class Heroes frontman Travie McCoy in this video. (Bonus fact: they were dating in real life too).

Away from the bikini clad girls in the jungle, Drake lives out many a guy's fantasy as he finds himself receiving a pretty intense lap dance from Miss Minaj.

We know, we broke the rule. It's not exactly a cameo, however Riri's appearance in Kanye's 2008 hit 'Paranoid' was just WAY too badass to not feature in this list.

Who run the world? Girls… and Pharrell. We think we've all learnt something today and it's that Queen B has some major star pulling power when it comes to hiring some pop icons for her music videos.