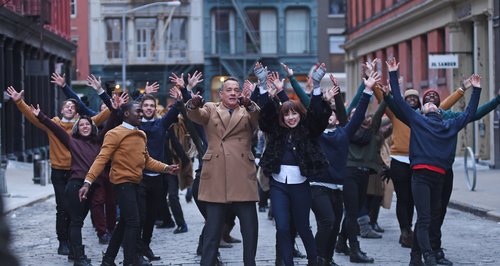 Yes that really IS the Castaway star dancing in Carly's next music video alongside Justin Bieber - and they met because of a hummingbird!

Watch Carly Rae Jepsen perform her new song 'All That'

Carly managed to rope in both Justin Bieber AND Hollywood legend Tom Hanks to star in her new music video - but Tom only ended up in the promo due to a chance meeting thanks to a stray hummingbird. 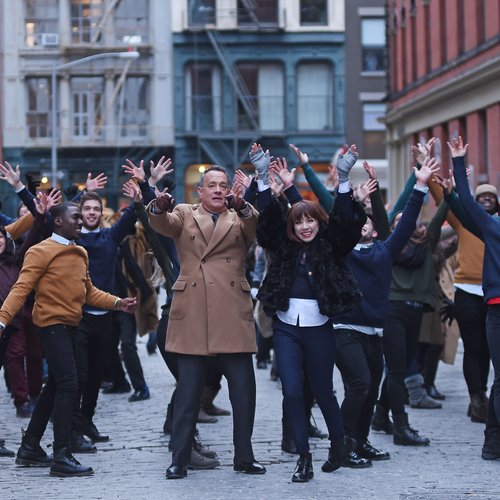 Carly revealed to Capital that the pair had a chance meeting at her manager Scooter Braun's wedding. She revealed, "There was a hummingbird caught in one of the wedding tents and I saw a man walk towards it and for some reason I thought he was going to try and swat the bird. So I ran over there and grabbed his arm and screamed 'Don't hurt the bird!' and he turned around and I was like 'Tom Hanks!'."

Thankfully Tom was also trying to help the bird get free - but what a random chance meeting!

"Best day ever," Carly tweeted, while Justin also posted: "Today was a great day. I need some rest :) #IReallyLikeYou video is gonna be amazing."

@carlyraejepsen @scooterbraun today was a great day. I need some rest :) #IReallyLikeYou video is gonna be amazing

We CANNOT get enough of these lot dancing in downtown Manhattan with some SERIOUS moves on the go. What do you think?