Demi Lovato, A$AP Rocky and Macklemore took to the stage in LA for the HUGE music event.

The MTV VMAs 2015 took place in LA last night (Sunday 30th August) and there were some incredible live performances during the show, including a surprise collaboration between Nicki Minaj and Taylor Swift.

WATCH all the live performances from the MTV VMAs 2015 below...

.@NICKIMINAJ just killed it opening the #VMAs and so did her special guest! http://t.co/Xpl2djiKQ4

Freedom and @Pharrell light up downtown LA at the #VMAs http://t.co/Xs9EYBEqm0

3. Justin Bieber 'Where Are Ü Now/What Do You Mean'

Are you Cool For The Summer? @ddlovato is. #VMAs http://t.co/rGIAO2maLg

Come get at this bonus performance from @Pharrell at the #VMAs http://t.co/wKjsaTHxUc

This year's host Miley Cyrus not only threw in a surprise performance at the end of this year's show, she went a dropped a whole new surprise album as the show closed! 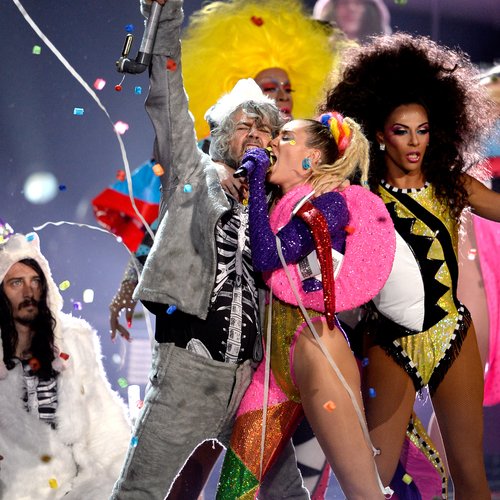