MTV EMAs: The 11 MOST Memorable Moments In EMAs History

It's entertaining, controversial and best of all, pretty much EVERY pop superstar attends each year. We're talking about the MTV EMAs people!

It's one of the first dates we stick in our calendar along with millions of music fans all over the world. The MTV European Music Awards brings together the most talented artists in the biz and celebrates them like no other show.

There have been hundreds of incredible moments throughout the years however we've been able to condense the list down and bring you the very best moments in a lovely little list...enjoy!

And can you guess who was hosting? The Welsh legend that is Tom Jones of course! Ah what a man. Sir Tom was the Justin Bieber of his time, you know, check out that sexy blue blazer! Hmmm okay maybe not, but still what a voice! 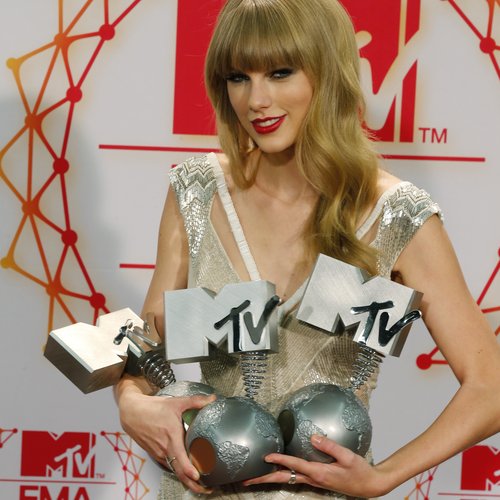 What a year 2012 was! Taylor Swift, One Direction AND Justin Bieber all bagged three...yup you read that correctly, THREE awards each! #PopPower!

'This video cost $1 million! I had Pam Anderson. We jumped across canyons!'. To say Kanye West wasn't pleased with the outcome of the 2006 award for 'Best Music Video' is an understatement. In true Kanye style he stormed the stage to show exactly what he thought about the decision. 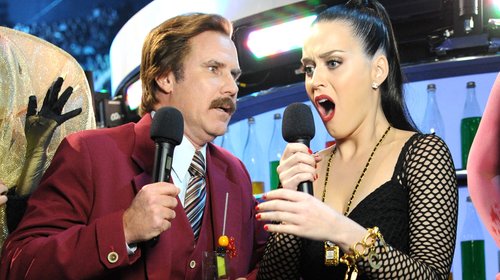 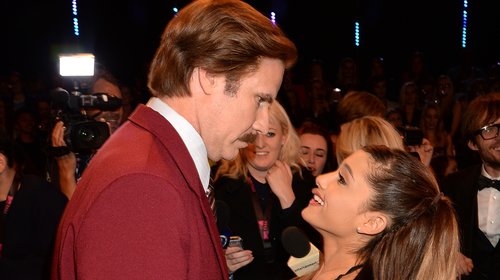 'He had a voice that could make a wolverine purr and suits so fine they made Sinatra look like a hobo.' Gotta love a good Anchorman quote.

Speaking of Katy Perry, the 'Fireworks' superstar performed for the 4th time at the show in 2013, breaking the record for most performances at the MTV EMAs 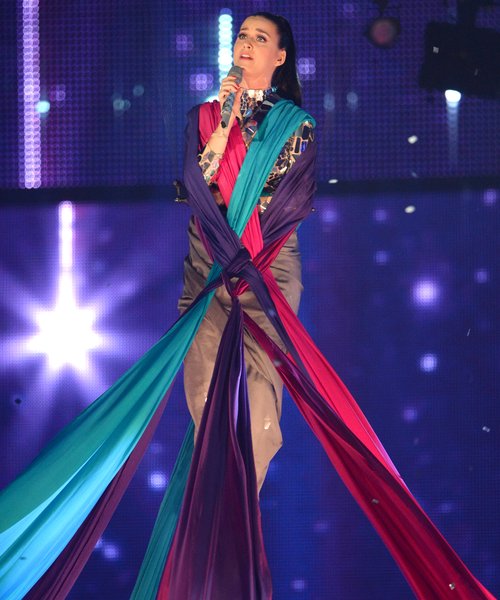 K-Pez looked absolutely GORGEOUS as she floated into the air whilst performing her huge hit 'Unconditionally'. #ICON

We could watch this performance over and over again. You know, we're actually starting to believe that Rihanna really is the ONLY girl in the world. 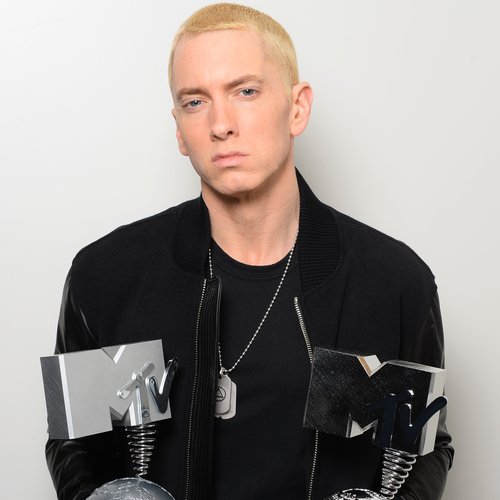 In 2013, Slim Shady received the 'Global Icon' award making him the artist with the most wins ever in the history of the awards. In case you're wondering it was his FOURTEENTH trophy.

When Miley Cyrus lived it up in true Amsterdam style.

Oh Miley. Whether you approve or not, it was a defining moment in the night and sparked a new era in Miley's career.

When 2010 host Eva Longoria proved she was the Queen of costume changes with a total of THIRTEEN! 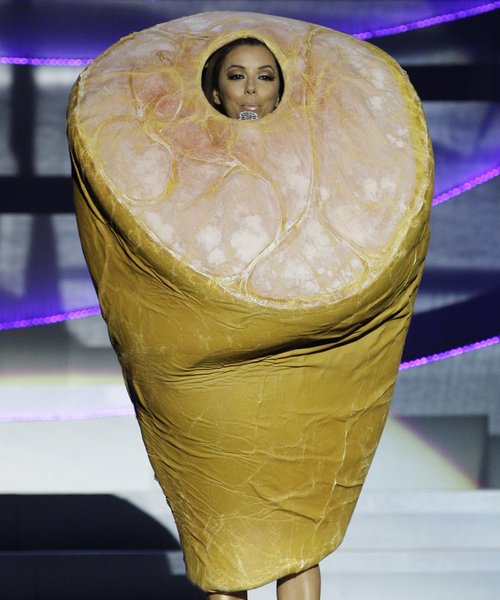 Yup... that's Eva... dressed as a ham. We don't really have anything else to say about this...

But then again, maybe Nicki Minaj took the 'Queen of costumes' crown a few years later when she appeared in this... 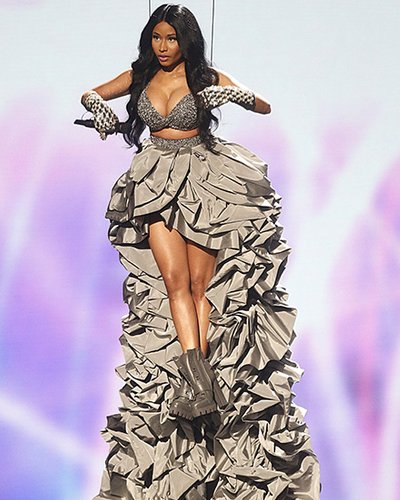 She truly was the hostess with the mostess in 2014. The thing is... how big does your wardrobe need to be to fit this masterpiece into?

And of course this year we'll see the awards hosted by TWO people for the very first time EVER. Good luck Ed and Ruby! 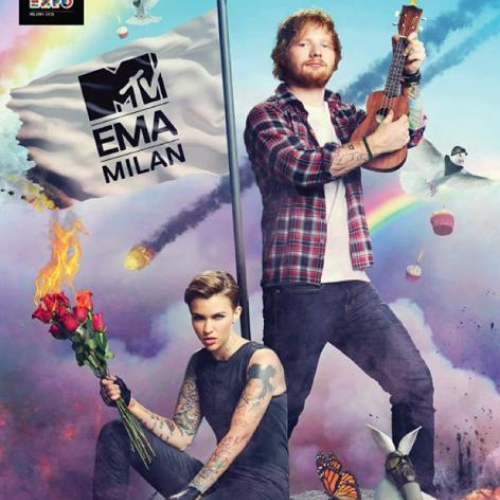