WATCH: This Victoria's Secret Angel Awkwardly Falling Over On The Runway Is Every Model's Nightmare

Luckily another model helped her up afterwards!

The Victoria's Secret Fashion Show is a pretty big deal. All eyes are on the angels who walk the runway and it's undoubtedly one of the biggest fashion events of the year.

So when Victoria's Secret angel Ming Xi fell whilst she was walking during the 'Winter's Tale' segment of the show, it was a seriously awkward moment.

As the video above shows, Ming was gliding down the runway and hyping up the cheering crowd as her foot gave way beneath her and she tumbled to the ground in front of everyone. 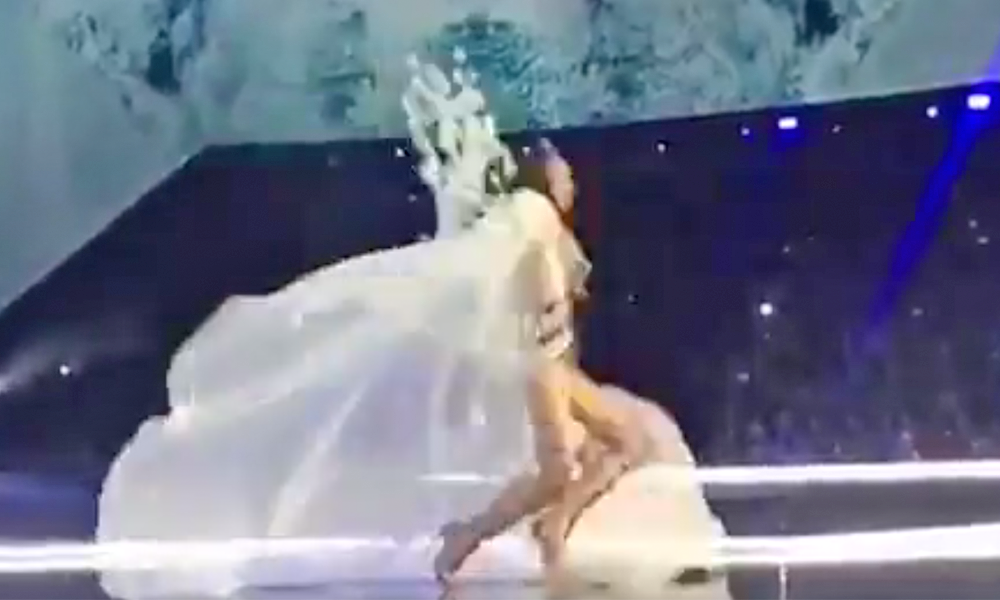 Thankfully for Ming, fellow VS angel Gizele Oliveira was walking the runway too and swooped in quickly to help her pal back up to her feet. Ming then brushed herself off and carried on, not letting the fall phase her one bit!

I love this moment The show must go on #mingxi #Gizeleoliveira you are amazing @giizeleoliveira #VSFashionShow2017 #VSFS2017 pic.twitter.com/gEYVueiYtl

So whilst the fall is a tough watch, Ming's reaction and that of her fellow models is absolutely brilliant - that's how you recover from a tough moment!

Whilst you're here, check out what VS Angel Georgia Fowler had to say about her rumoured ex Harry Styles' song 'Kiwi' being written about her...