We've been there. Oh who are we kidding, we're still there.

Ever avoided looking at your bank balance, cos what you don't now can't hurt you? Familiar with getting paid and having all your direct debits hit on the same day so you're equally as broke? Yep, we know the feeling.

When there's always too much month at the end of your money, at least a laugh will make you feel better for 5mins, right? Right?!

Your card getting declined totally doesn't shock you any more:

"Your card has been declined"

When your weekend spending catches up on you...

And you're totally ignoring all your responsibilities:

Budgeting is now second nature to you...

And that happens every month (@theonlywayisbanter )

But you just can't resist a night out anyway:

Miss me with that invite

Rp from @born_starr Stop letting people drag you to the mall when you broke!!! Ain't gon be nothing but #808sandheartbreak #sephora #makeup #broke #days

Birthdays and Christmas are HARD.

...and ou've seriously considered this:

Seriously though, don't do that.

> Pssst. We've Got More Stellar Life Advice On Our App. 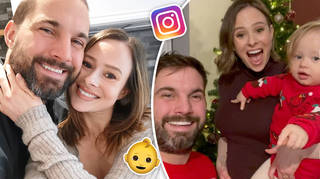