You have to admit, this is pretty genius.

We're starting to circle dates in the calendar for the next Justin Bieber concert in town because we now know exactly how to crash the backstage area!

WATCH: These Cheeky Lads Snuck Into The Super Bowl Using Just A Ladder (And They Met A Celeb!)

Adam Boyd, a teen from Manchester, wasn't too pleased with his view at a recent gig put on by his favourite band The Sherlocks, so he decided to get a little sneaky with his tactics.

Posting on his Facebook, Adam wrote, "So last night I went to see a band, but we got in late and our view was s***. In my drunken state I edited the band's Wikipedia page to say I was family, and it worked! I got into the roped off VIP area because of it"...genius! 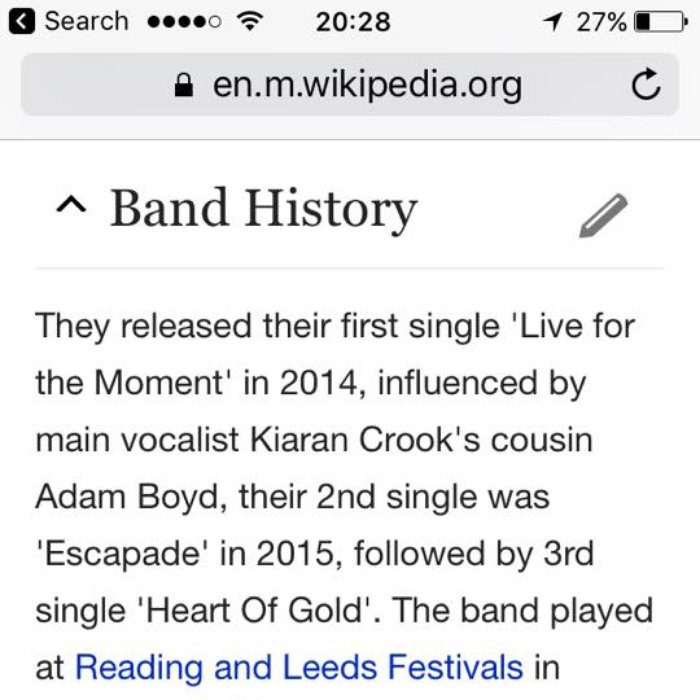 Incredibly, after editing a part of the page to look like he was related to the band's lead singer, Adam was let into the private section at Manchester's Albert Hall.

The gig was absolutely packed as the British rockers pulled off a killer show.

MANCHESTER!!! NO WORDS.
THANK YOU! pic.twitter.com/FQbdN0WOqO 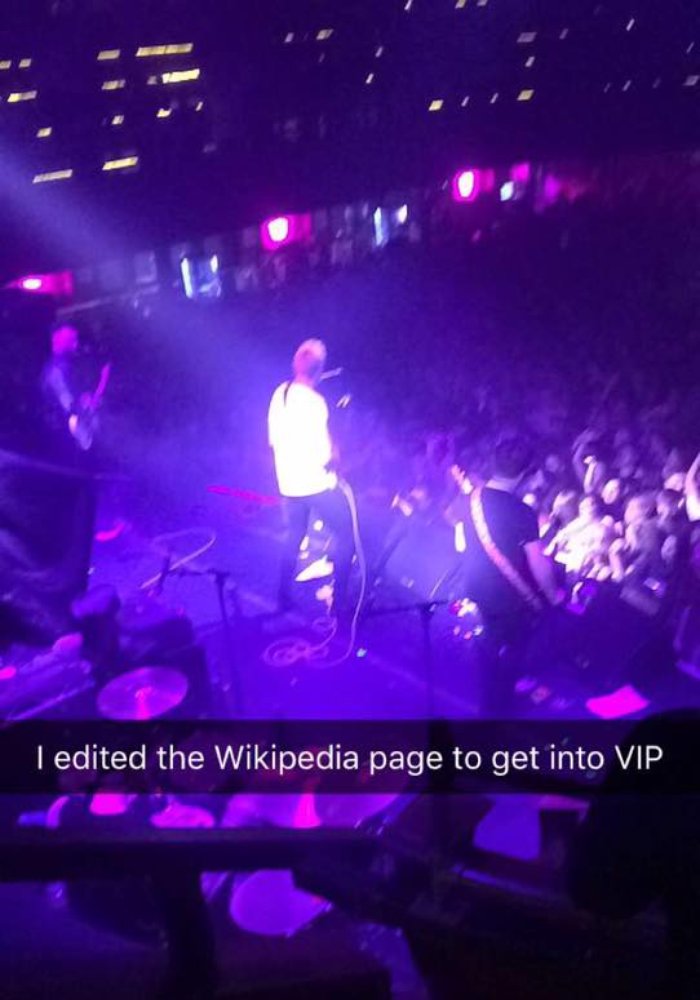 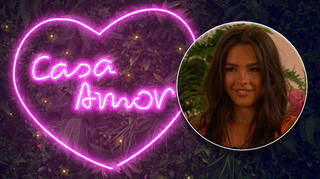