Everyone's Just A Wee Bit Terrified, Because There's A 'Croc' Loose In The UK!

And we thought a crazed moth stuck in our bedroom was bad...

Recently, The News Shopper shared a snap (pun intended) of a 'five-foot-long crocodile' crawling out of the River Thames.

Yes, you read that right.

The picture seems to show the huge reptile just chillin' at Millwall Outer Docks on the Isle of Dogs, in east London. The man who spotted it said "While circumnavigating Millwall Outer Dock we passed the Docklands Sailing and Watersports Centre, where there were children enjoying a paddle in canoes.

"Then to our horror we spotted what appears to be some sort of large reptile." 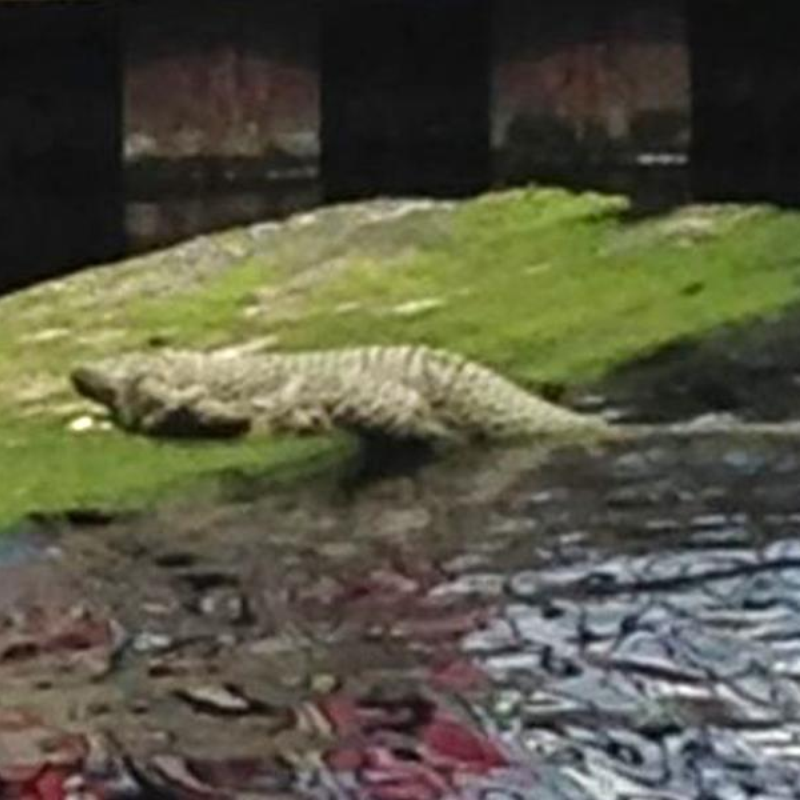 We don't know what's more terrifying - the fact that there could be a giant crocodile loose in London, or... The fact that someone uses the word 'circumnavigating' in everyday conversation.

Well, be at ease, people, because it turns out that this flesh-eating, destructive carnivore was actually... A piece of rope. Yup. You also read that right, too.