KSI & Logan Paul's press conference had been built up for weeks, but fans only got 5 minutes and it sparked a riot!

Having come to London to go head to head with KSI in a press conference ahead of their fight on 25th August, Logan Paul walked out after just 5  minutes having taken a torrent of abuse from his opponent.

After making his way to the stage, KSI never sat in his designated seat and instead bounded around the stage hurling insults at Logan, causing the American to announce that he'd had enough and exit without being asked a single question.

> KSI's Gym Routine: The YouTuber’s Impressive Transformation Ahead Of His Logan Paul Fight

Check out the video above to see the exact moment Logan Paul decided enough was enough and walked out frustrated at KSI's constant baiting.

Having queued for hours outside to watch what was guaranteed to be a volatile event, fans were furious that the spectacle only lasted for 5 minutes and climbed to the roof of the East London venue, York Hall, throwing objects including tins of paint at the people below, including YouTubers such as Caspar Lee. 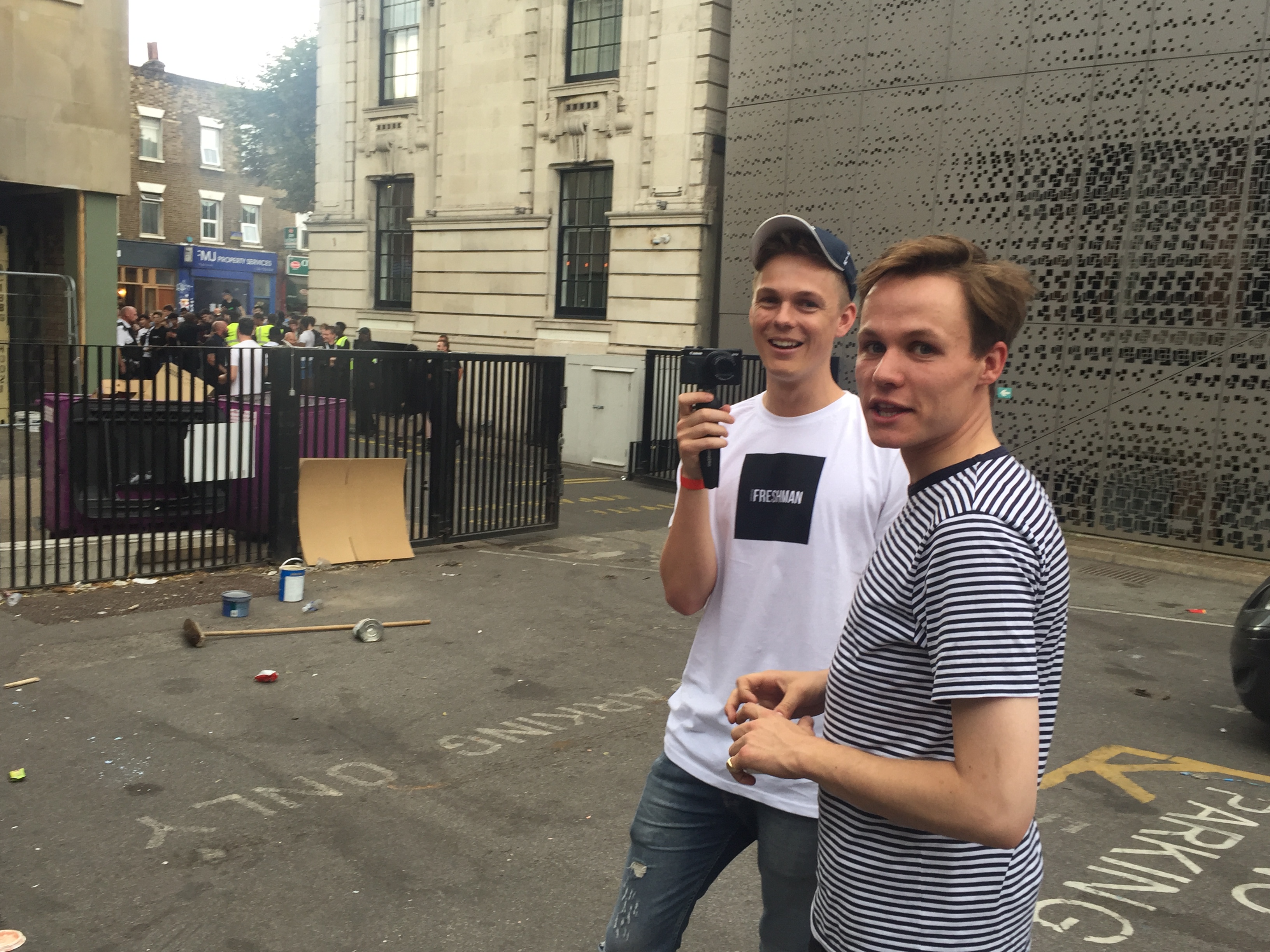 The rioting fans only ended the carnage after Police turned up and shut the chaos down, but that wasn't until after a number of people had taken blows to the head from objects thrown by the angry crowd.

Following the fight, Logan Paul's dad, Greg Paul, refused to speak about the unfolding events and instead suggested that someone had thrown something at the back of his head inside the venue.

> Download Our Free App For All The Latest KSI Vs Logan Paul News!