Kim Woodburn had one hell of a Celebrity Big Brother meltdown last night.

In shocking scenes CBB security stormed on set and escorted the How Clean Is Your House star off-camera. If you missed probably one of the best tv moments we're gonna get this year, watch it below.

Here’s an EXCLUSIVE preview of tonight’s explosive #CBB. Make sure you tune in at 9pm, @channel5_tv for all the action… pic.twitter.com/C98TUlaG7B

But what exactly happened next?

"She hasn't been suspended," a Channel 5 insider confirmed to Mirror Online. "Security went into the house because Kim was repeatedly called to the snug by Big Brother and she didn't listen. She doesn't go.

"Nobody was worried about the argument turning physical. It was just verbal. What happens tonight is pretty much what's been happening all week. Kim is arguing with the other housemates all the time."

Although Kim is seen being escorted back up the main stairs and through the doors, it appears she never actually left the house. 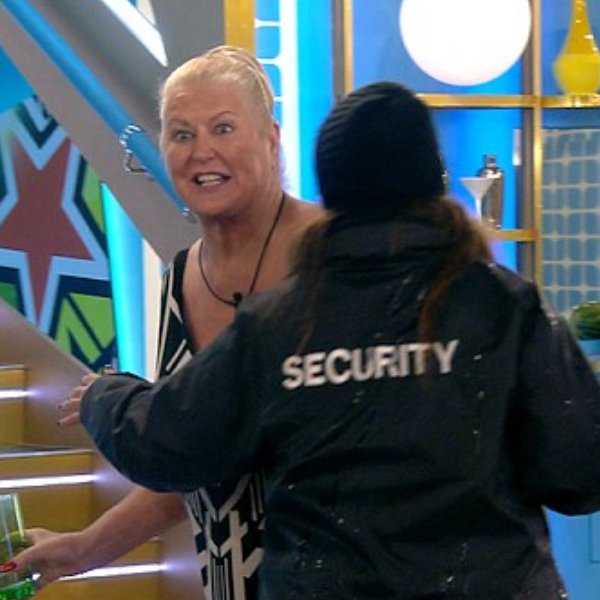 "She wasn't removed, she was just taken to a spare room," our source contined. "She stayed there the night. Everything is going to be aired on the show."

Kim was let back into the main house the following morning.

"All the housemates competed in a shopping task together today," the insider added. "Everyone took part, dressed as superheroes. It was all fine!"

Meanwhile the internet is providing it's own form of entertainment for watching the show...