Is Kim Kardashian On Snapchat?! Twitter Wants Nothing More Than Her Username Right Now

Praying for a rainbow-vomit selfie from Kimye tbh.

When the Queen of taking selfies is rumoured to be joining Snapchat, it's kind of a big deal.

Seriously though, imagine if North was to 'accidentally steal her phone' again and just go to town on uploading Snapchat filter videos?! Anyway, let's take it back to the beginning...

Back in January she met with the King Of Snapchat himself, DJ Khaled and teased us all.

Obviously everyone thought Kim joining Snapchat was a total no-brainer

Thank you @patmcgrathreal & @jenatkinhair for the fun shoot and showing me so much about snap chat today! LOL pic.twitter.com/FQK00ufz5k

And killed us all with a video using the Snapchat filter

Which sent some people into a full-blown panic

@KimKardashian @Clarissacastle3 OMFG MOM HAS A SNAPCHAT!!!! I NEED TO KNOW WHAT IT IS ASAP

Could we even see a hashtag campaign kicking-off?

@KimKardashian when are you gonna get snap chat?? #kim4snapchat

But now it's just a case of playing the waiting game.

@KimKardashian Sitting Here Waiting For You To Drop Your Snapchat Like... pic.twitter.com/n5tcUBOorw

> 31 Of The Best Popstars You Should Have On Snapchat 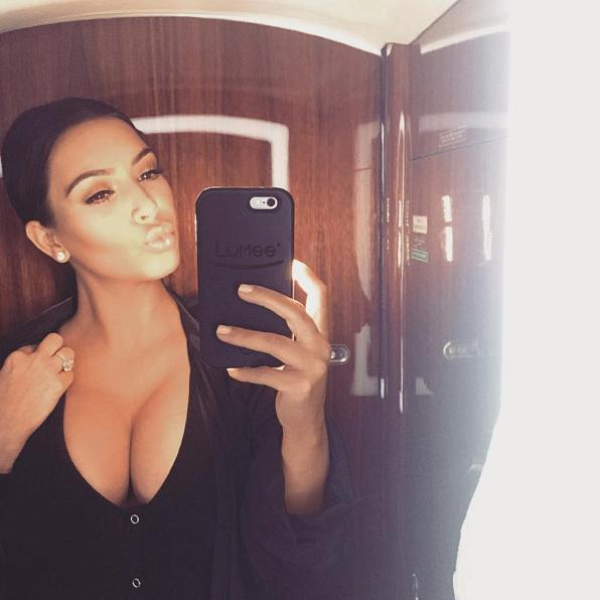