North and Saint now have a little sister!

Kim Kardashian and her husband Kanye West are currently celebrating the birth of their new baby via surrogate.

The reality star revealed the news via a message shared online and revealed that North and Saint are delighted at the arrival of their new sister.

According to Kim's note, the baby weighed 7lbs 6oz and was born on Monday 15th January 2018. 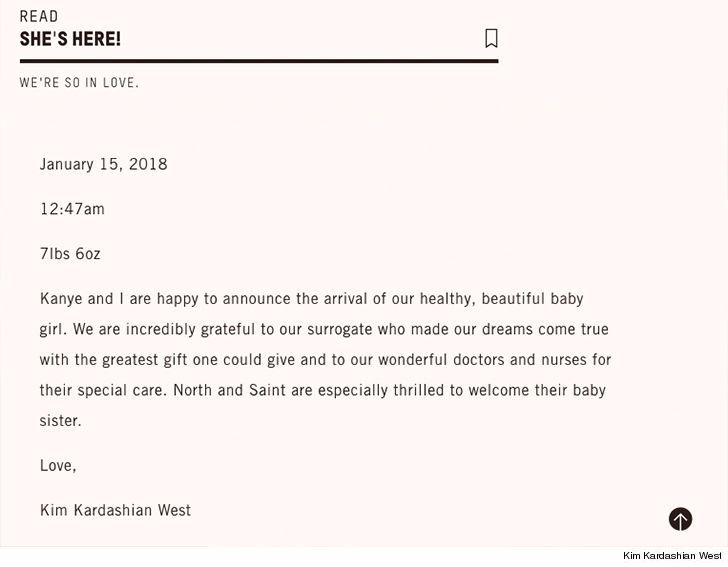 Kim also tweeted the news to her 58.3 million followers with the simple words, 'She's here.'...

This all comes as rumours around Kim's sister Kylie contine to grow. People have long claimed that Kylie is pregnant but there has been no confirmation or denial from Ky or her family.

The mystery around the subject has sparked several rumours, with one of those being that Kylie was the real surrogate for Kim and Kanye's daughter.

I’m convinced Kylie is Kim’s surrogate and the one they’ve been showing was a decoy. Yes I care about this matter deeply. I NEED ANSWERS pic.twitter.com/cUgbg2EwmZ

kylie jenner has to have been kim kardashian’s surrogate. a while back kim enquired about surrogacy w/khloe & said she’d prefer a surrogate to be her sister and khloe’s pregnant so obviously had her own plans, kendall’s a model and kourtney’s probably had enough of childbirth tbh

Kim previously revealed that she and Kanye were trying for another baby in a new interview with The Hollywood Reporter, revealing, "I hope so. There have been a lot of things said and Kanye and I have not confirmed anything. We're definitely trying. We are hoping so."

Although she didn't specify whether they were trying to conceive naturally or not, Kim had previously been open about the possibility of using a surrogate following complications in her previous two pregnancies with North and Saint and the pair are reportedly paying around $113,850 for the surrogacy deal.

According to Us Weekly, the couple agreed on a surrogate in her late 20s, referred to them by an agency. They will be paying the woman $45,000 in 10 monthly instalments of $4,500. 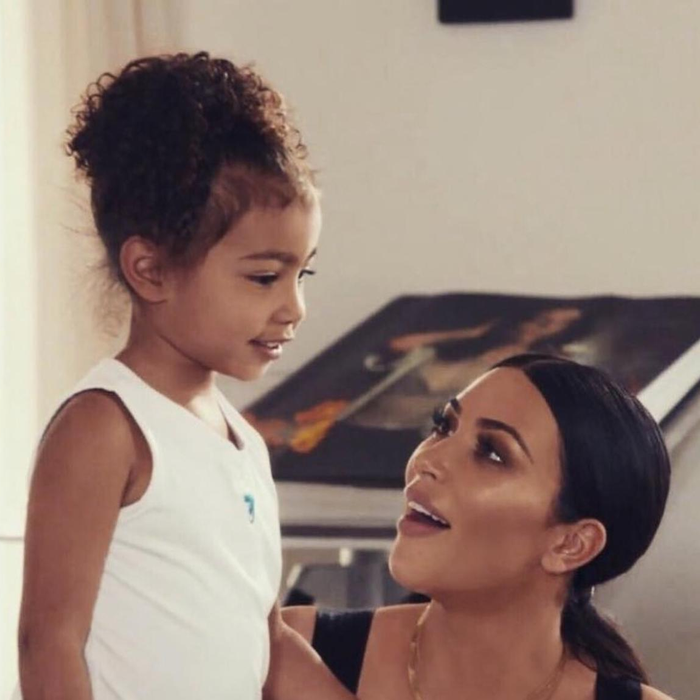 The woman who carried the baby was subject to some rules including no drinking, smoking or using drugs. She also wasn't allowed to use hot tubs or saunas, eat raw fish or handle cat litter. Pretty bog standard pregnant-lady stuff, tbh.

On Keeping Up With The Kardashians, Kim visited fertility specialists who advised her against carrying another baby herself. She revealed, “If the two doctors that I trust have told me it wouldn't be safe for me to get pregnant again, I have to listen to that.

“I’d love nothing more than to expand my family and just know that I have this world at home that’s safe. And if for some reason I left this earth sooner than I really wanted to, then my kids would have a support system at home — so that I know that they would be okay if I wasn’t here.

“I can’t carry anymore kids… it’s the worst. I give up. Kanye was really nervous about the surgery… but I know he would want to have more kids. I feel like surrogacy is the only option for me. Kanye and I are going to look into other options and see what we are comfortable with … but I’m definitely leaning towards [surrogacy]. I always knew surrogacy was an option - now it’s my reality. Whatever is meant to be will be.” 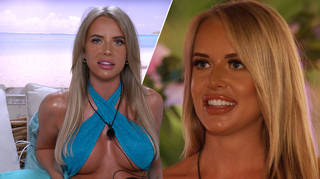