This episode could get really interesting...

Jay-Z’s latest song lyrics might say "Nobody wins when the family feuds" but it looks like the Kardashians haven’t been really listening.

The Kardashians/Jenners are feuding the Wests but it’s all for a good cause.

Basically the reality star family went head to head on a series of Celebrity Family Feud (basically Family Fortunes' American equivalent) and the KarJenners went against the Wests.

And no Kylie wasn’t there. 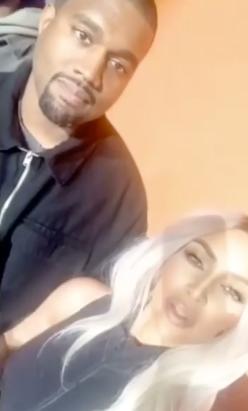 If you’re wondering who’s on which team, Kendall, Khloe, Kris and their grandma, Mary Jo Campbell all went head to head against the Wests which included Kim, Kanye and Kim’s good friend, Jonathan Cheban.

Documenting the moment on Snapchat (obviously) Kim said: "I jumped the ship from Team KarJen. I’m, on Team West, guys! 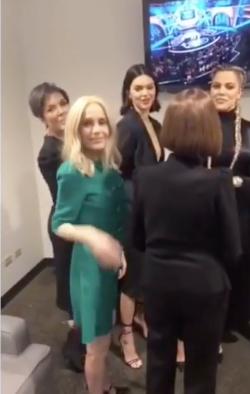 "If you guys don’t know, Kanye and I are the biggest fans of Family Feud.

"Kanye said he’s waited his whole life for this moment, Family Feud. We’re playing against the Kardashian Jenners vs. the Wests. And I have a really good feeling about this, that we’re going to win."

> Keep Up With The Jenner & Kardashians By Downloading Our App, Go On!

No air date has been announced for the Family Feud celebrity special but we're pretty sure Kim will be going all out with the promo when a date is set.

The youngest of the KarJenner clan, Kylie didn't participate as she's busy adjusting to life as a new mum and doting on her baby girl, Stormi.