A Harry Potter Catfish Got Caught Out On Tinder...Now The Actor Has Responded!

"Trent" is going to want to vanish pretty quickly after seeing he's been caught out!

We understand it is getting trickier and trickier to get people to fall in love with you over the internet...so when this fella decided to pose as Fred Weasley on his Tinder profile, it was only ever going to end in disaster.

J.K. Rowling Has Twitter In Uproar After She Apologised For Killing Off One Of Harry Potter's Most Famous Characters

On the 14th May 2017. Twitter user @BriMasterMcPhee tweeted actor James Phelps (a.k.a Fred Weasley) a snap of 'Trent's' profile photo with the caption, "when a guy tries to catfish you on Tinder but James Phelps was your childhood crush".

when a guy tries to catfish you on Tinder but @James_Phelps was your childhood crush #catfish pic.twitter.com/D0Xw6aEg4Q

Never one to shy away, James responded to the tweet revealing how he's 100% NOT on Tinder...

Jesy Nelson Has Let Slip That Before Little Mix, She Was In So Many Movies, Including Harry Potter! 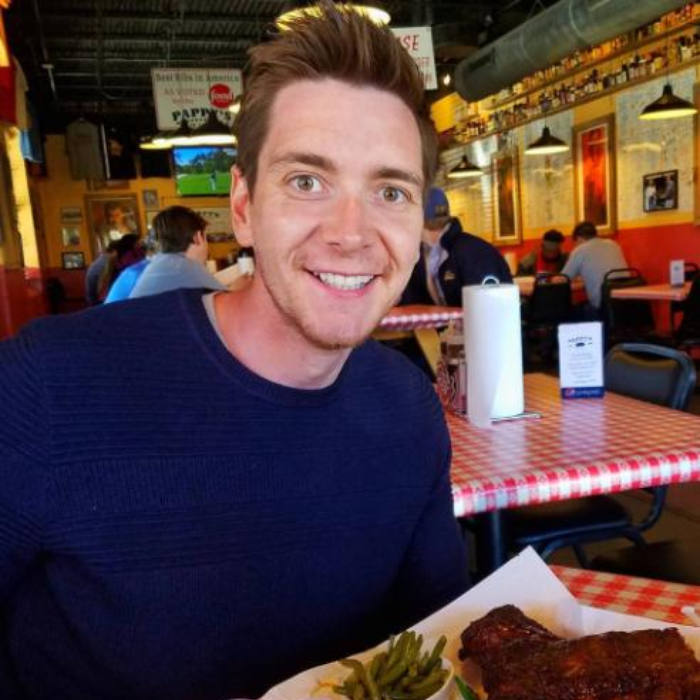 Hands up who is still a little devastated that James Phelps isn't actually on Tinder then?! Why would he crush our Harry Potter dreams so nonchalantly like this?!