Chances Are You Missed Baby Groot In The Guardians Poster... But Here He Is In All His Cuteness!

The music. The action. The fact that Chris Pratt is back in all of his glory. If you ask us what's more exciting that 'Guardians of the Galaxy Vol. 2', we'll genuinely struggle to come up with an answer.

So when Marvel released the poster for the upcoming sci-fi flick, we were filled with tears of joy. And then just tears. WHERE IS GROOT?!

They're back. Check out the brand new poster for @Guardians of the Galaxy Vol. 2! #GotGVol2 pic.twitter.com/hHiersgZXk

From Star-Lord to Gamora; Drax the Destroyer and Rocket Raccoon, all of the previous entry's protagonists can be seen brooding in black and white. All but one. Many of the franchise's fans were complaining that they couldn't see Vin Diesel's adorable dancing tree, Groot, in the poster, leading them to worry whether or not he'd make an appearance. 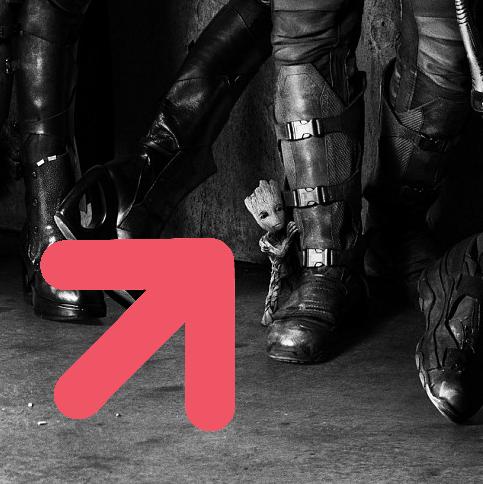 Well, there he is. And it would be rude for us to not post a GIF of him dancing now, wouldn't it?! You're welcome.