Prepare for your mind to be blown because there’s a random character in Game of Thrones, who has been there since season one, that you probably never noticed… and they’re actually still alive.

Which in itself is impressive.

C’mon. The fact that they’ve survived seven seasons of the most brutal show on TV and not been killed off is pretty good - particularly when you find out who they work for. 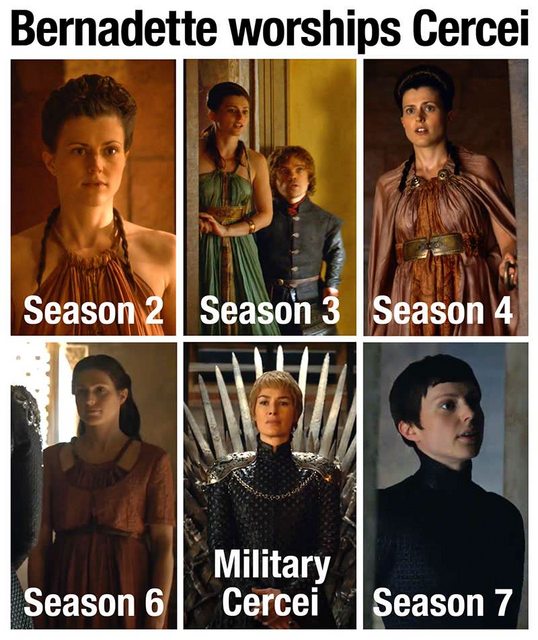 Much like most other fans, we presumed that she was employed as an extra for this scene alone but turns out, nope - this is Bernadette (yep, we even know her name!) and she’s been Cersei’s handmaiden since season one.

Fans reckon there was a Harry Potter reference in GoT S7 S1...