After fans jumped to the conclusion that former Geordie Shore star and TOWIE lad Pete Wicks were romantically linked after being spotted together in an Instagram pic, the pair moved quickly to play the whoel thing down.

Well things sound like they've stepped up a notch after another night out in Essex and it didn't end well for Charlotte's ex Stephen Bear.

Charlotte was out with fellow Geordie Shore alumni Marnie Simpson and Sophie Kasaei celebrating Sophie's birthday, but it sounds like it was Charlotte and Pete who were having the most fun after bumping into each other.

Arrived @SheeshChigwell and we have my brother and dad all the way from the toon with me and @CaseyCodyJ @MarnieGShore @Charlottegshore let the birthday commence!

Speaking to The Sun, an insider revealed, "Charlotte was trying it on with Pete the whole night. She was being pretty obvious about it and didn’t seem to mind who saw. Everyone saw them together - they were all over each other, clearly enjoying each other’s company.”

The insider went on to add, “They are both single, so why not have some fun?”

But the night didn't go too well for Charlotte's ex Stephen Bear who turned up at Sheesh Chigwell, where the group were partying and was turned away for not complying with the dess code. 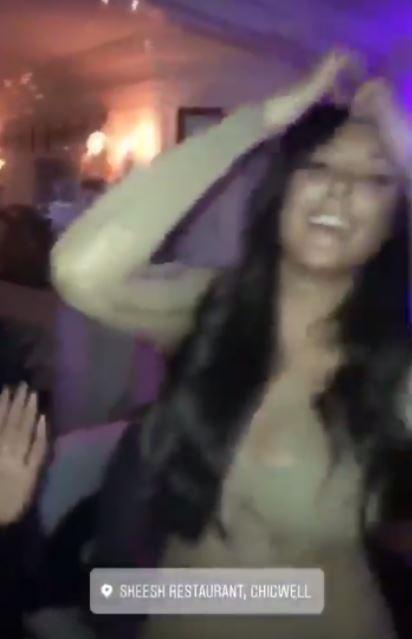 The insider claimed, “Bear showed up and wanted to speak to Charlotte who was inside. He hadn’t booked and he was wearing completely the wrong clothes, so there was no way he was getting in."

“He was making a scene claiming he wasn’t allowed in because of Charlotte – despite the fact Sheesh is very clear about its entry requirements. At one point he tried to get Marnie to get Charlotte for him, but things ended up getting a little heated and even Pete ended up getting involved."

“He eventually got the message and left, so Charlotte could enjoy her evening in peace.” 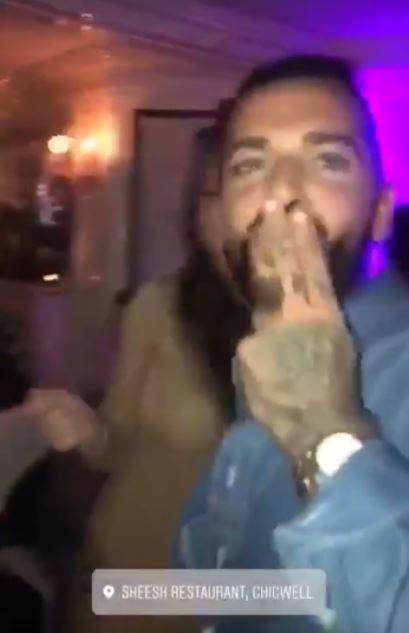 Charlotte and Bear only split up a few weeks ago and there had been rumours that the two were rekindling their romance after being pictured togther at a hotel in Newcastle.

However this latest news appears to indicate that that ship has well and truly sailed.

> Download Our Amazing New App For All The Latest Music News & Celeb Chat!

Whilst you're here, remind yourself of the emotional moment Charlotte revealed she'd split with Bear...