When you're the hunkiest man alive, performing in front of your wife, a hip-hop legend and - pretty much - the entire world, there's only one thing to do... Wear a full ball-gown, ofc.

It's 2016, people. How have we not let 'Frozen' go, yet?! (Pun intended. Sorry, not sorry.) Nothing can redeem that song... Well, nothing except for this anyway.

We have never clicked on a video so fast in our entire lives. Our lives were pretty much complete when we saw 'The Hateful Eight' star, Channing Tatum performing on 'Lip Sync Battle' in a shimmery blue dress, make-up and a wicked white wig... AND HE STILL MANAGES TO PULL IT OFF?! But would you expect the man who has been voted as sexiest male alive repeatedly to wear anything but a dress? Of course not. 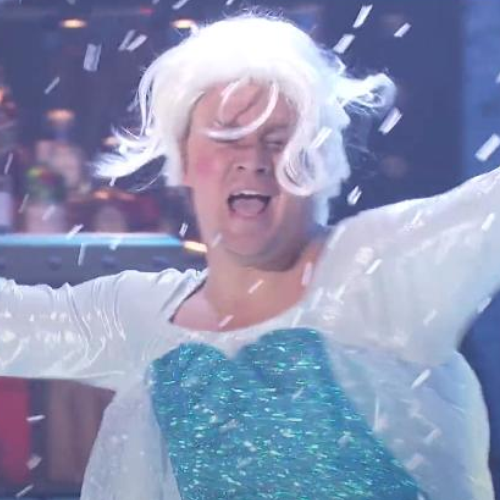 Channelling his inner-Elsa, Tatum absolutely ruled the stage and, while we're kinda impressed by his miming-abilities, we were mesmerised by something else... HIS LEGS?! Like, how fierce is he on the dance floor? Is it weird that his legs are all we can focus on now? It is, isn't it?