May include: nuts, gluten and the tears from Satan himself.

We've been religiously binge-watching 'Nailed It!' on Netflix recently - a show in which failed cooks create terrible, inedible cakes. And yet, they looked like they were crafted by twelve Mary Berrys in comparison to this.

While Kanye was off on Twitter Kanye-ing, Kylie Jenner was busy celebrating her man, Travis Scott's, 26th birthday. There were presents, balloons and - we think - a cake (?)

After renting out Six Flags Magic Mountain in California, Kylie decided to immortalise the moment in cake-form. Obviously this cake was formed to perfect scale - yes, Travis' arms are as long as Kylie's entire body. And don't even get us started on the fact that Stormi Webster, the new born, was definitely allowed on a rollercoaster.

And the most harrowing moment of the entire cake? Kylie's. Lifeless. Cold. Stare. 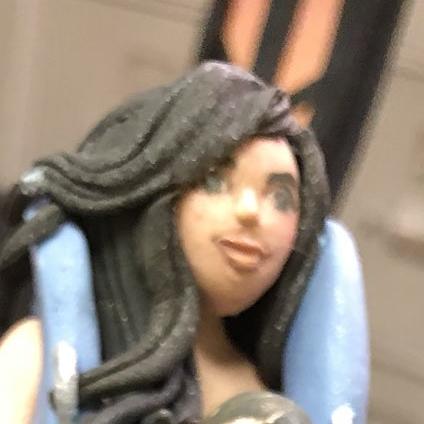 Have you seen Kim recently opening up on the Khloé and Tristan relationship on Ellen?