Kim Kardashian and Kanye West have one of the most expensive and well known LA mansions of all celebrities, worth $60 million and designed by Belgian designer Axel Vervoordt, it has become known for it's giant, empty hallways, minimalist design and white colour theme. 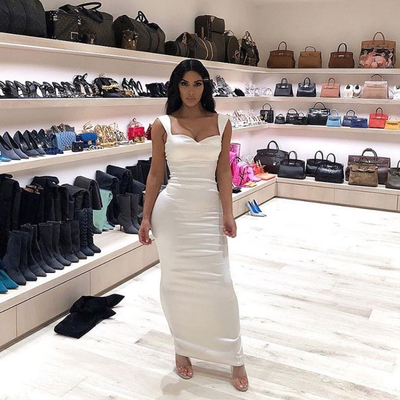 Keeping the interior under wraps for the first coupe of years they resided there, the pair have gradually opened up about their unique interior, priceless and bespoke furniture, and quirky features including taps with no sinks in their bathrooms.

Kanye initially shared the first ever snaps from inside the power couple's mansion without Kim's permission, who was none too happy about it, and called him out on Twitter.

In an interview with Architectural Digest, Axel spoke about the unlikely pairing of him and the A-lister couple, saying:

“I’m not from the pop world, the rapper’s world. But I discovered Kim and Kanye as wonderful human beings. We have common values in life, important human values, like a respect for the beauty and spirituality of art." 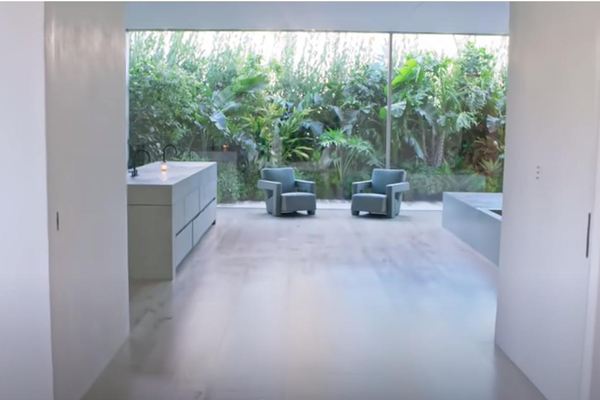 The couple describe coming across the mega mansion during a neighbourhood walk after Kim had given birth to North, and whilst she saw it as the perfect home, Kanye was less enthusiastic.

They've described the house as art focused, but keeping the practicality of having four children at the forefront- with the kids' bedrooms and play rooms colourful and filled with toys, a stark contrast to the sweeping, sparse hallways. 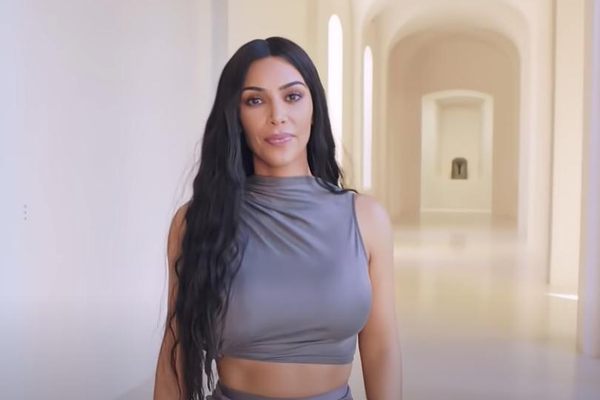 They'd agreed not to show the interior of the Hidden Hills mansion due to security fears, with Kim being permanently traumatised after the Paris robbery in October 2016, which she says gave her a phobia of going outdoors.

Ummm babe. We had a rule to not show our home on social media! Soooo can we now allow KUWTK filming in the home? https://t.co/bUMAn29K5K

Kanye has always been notoriously private - only ever appearing very briefly on his wife's reality show KUWTK, banning his children from appearing on it and forbidding the film crew from entering his house, so we're not surprised Kim wanted to know just WTF he was thinking!

The famously stylish couple have spent millions of dollars having carefully designed furniture to pad out their mansion with, so people were pretty surprised when they saw the extremely minimalist 'unseasoned' interior.

Okay but why does Kanye's house looks like Patrick's house? pic.twitter.com/XalCzbfxtv

Looks like a house on the Sims before you put wallpaper on. And filled it with likeable people.

We are absolutely crying at the paper mache comment, cos' it's not untrue. But Ye', one bit of advice, consult your wife next time, yeah?

Why not watch Kim Kardashian explain the crazy make-up clause she has in her will...