The pair announced their split today having only been engaged for a couple of months.

After a whirlwind romance that saw them engaged within six months of meeting each other, Caroline Flack and Andrew Brady have split.

The Love Island presenter took to Twitter to post a single crying emoji, whilst Andrew shared a statement on his Instagram stories which read, "Sad to announce Caroline and I have decided to part ways. Unfortunately it was not meant to be and I wish her all the best in the future.”

In a statement to one tabloid, Caroline explained, “I’m sad to announce that Andrew and I have decided to part ways. Unfortunately it was not to be. I wish him all the best. At least there’s a Villa waiting for me. It’s back to the ol’ grafting.” 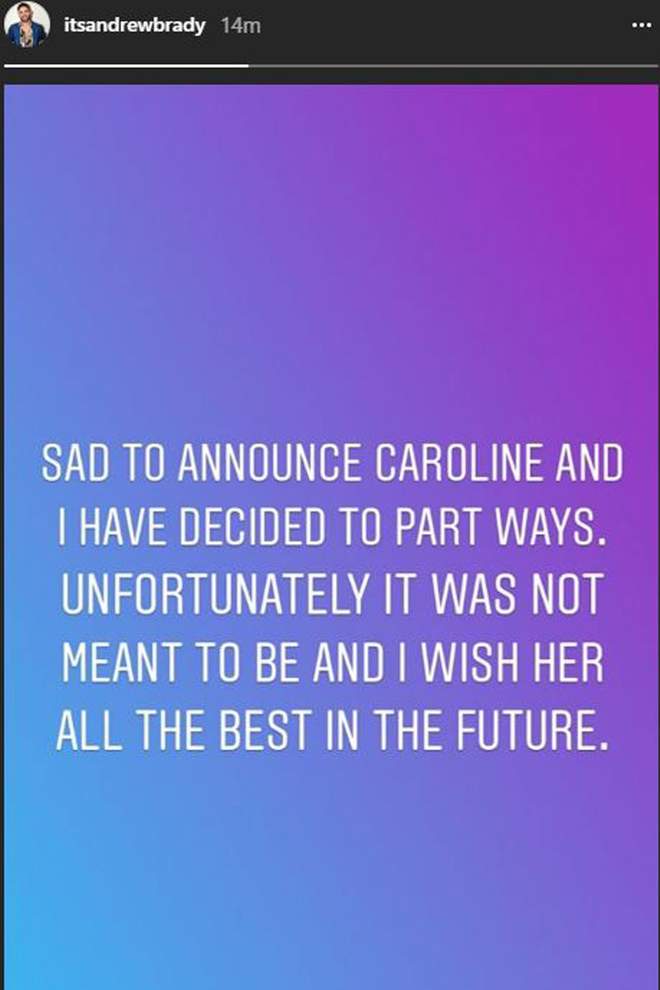 But a quick scroll through Caroline's Instagram account shows that she's deleted all of her pictures with Andrew, but has left one up.

A picture of herself in a bikini wearing a heat that reads, 'Mrs Brady' is still live on her account and whilst Andrew Brady is not in the picture, it's certainly got people asking questions.

It could be an accident, where Caroline didn't realise she'd left it up because Andrew wasn't in it, but for now the picture is still live.

Caroline was also missing from Love Island last night, as the dumped islanders received a text to let them know the results of the vote, rather than Caroline coming into the villa and announcing them herself as usual.