Here's how to identify you've got an IKEA original.

Balenciaga bags are expensive business – so how would you feel if you could get a dupe for just 40 British Pence? Well, you kind of can…

The fashion house revealed their Arena Shopper recently… and people were quick to spot the difference between the £1300 bag and Ikea’s trusty blue Frakta carrier bag.

You have to be pretty wealthy to rock the original Balenciaga number, but the Ikea version will only set you back 40p – less than a chocolate bar or a packet of crisps!

It’s not the first time there have been eerie similarities between Balenciaga products and normal household items – people freaked out earlier in the year about their £2300 blanket bag – which looks just like the packaging you get those fleecy blankets with HUGE flowers on in.

IKEA hilariously responded to the bag going viral by creating their own guide for how to check whether your bag is an IKEA original: 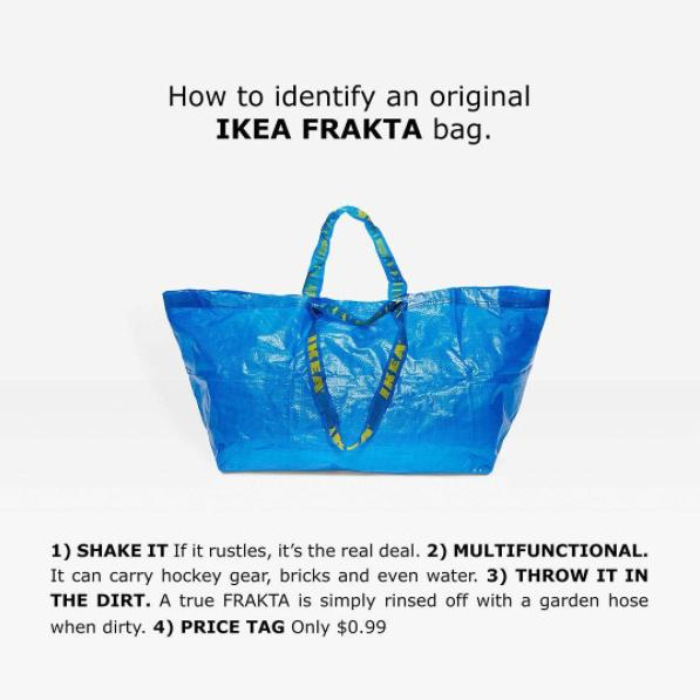