Chart Update: Will You Send Jess Glynne To The Top This Sunday? 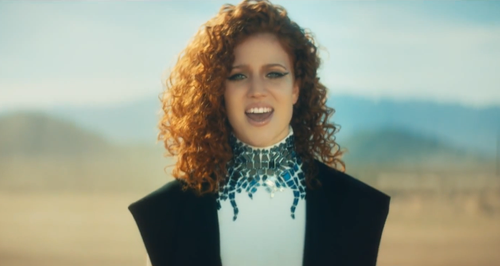 Sam Smith captured ANOTHER No.1 last weekend, but faces tough competition from both Jess Glynne AND Sigma on this Sunday's show.

A Sam Smith collaboration with John Legend was just too much of a good deal at 99p to not treat yourself. The pair rocketed to the top of the chart very soon after the track was made available and we don't blame you, it's STUNNING.

Have a look at the songs with a realistic chance of bagging themselves a No.1 this weekend.

If you had a long list of artists you wish would collaborate with one another, Sam Smith and John Legend would probably be one of the first dream pairings. Well luckily the two only went and did it… and we are grateful.

Can Years & Years make a swift return to the top of the chart. They announced the release date of their debut full length album 'Communion' this week, will this help push 'King' back to No.1?

Sigma's 'Nobody To Love' and 'Changing' both went straight to No.1 when they were released last year. Will their latest collaboration with Labrinth follow in the footsteps of their previous singles?

If you ever wanted to see a greased up dude sporting some nifty sunglasses and creeping around a swimming pool, then this video is for you. You guys are LOVING this track at the moment and it's in a good position to cause an upset in this week's race to the top.

This song has already made EIGHT appearances in the Vodafone Big Top 40 chart, however things have finally picked up for James Bay as he made his first appearance in the top 10 last weekend. Will he go even higher this Sunday?

How about Jess Glynne? Her vocals on Clean Bandit's 'Rather Be' and Route 94's 'My Love' saw her spend 6 weeks at the top in 2014. It's time for the songstress to see if she can mirror that success in the solo arena.

12 Of The BEST Movie Star Appearances In Music Videos

Then & Now: 12 Of The Biggest Stars Music Videos From Back In The Day