Will Tinie Tempah Join The Chart Elite & Snatch His Second No.1 Single Of 2015?

It's been an incredible rise to the top for Jamie Lawson however this is where the hard work starts for the acoustic maestro.

Jamie Lawson's heart-warming single 'Wasn't Expecting That' stormed the countdown last Sunday knocking Philip George's 'Alone No More' off its perch just a week after it snatched the No.1 spot for itself.

Most beautiful song of 2015? Yup probably! Ed Sheeran's very first signing to his record label 'Gingerbread Man Records' topped the Vodafone Big Top 40 last Sunday and will be looking to stay there for a second week in a row.

Ed was pretty pleased with the news of Jamie's success...

Tinie Tempah has already scored a No.1 single this year with his Jess Glynne collaboration 'Not Letting Go' but can he make it a 100% record with this new tune?

Can the DJ duo hit straight back at Jamie and take the title once more? It might be pretty tricky as we have a few more possible new entries on the way...

'Beauty Behind The Madness' dropped recently and we've all been just a little obsessed with it. However The Weeknd went one better and added the rap GOD Eminem to a new remix of 'The Hills'.

We've ALL been waiting for this and it's finally happening! Ben Haenow's first solo song since 'Something I Need' last December is nearly here and he's only gone and roped in Kelly Clarkson for the ride!

Next week R.City and Adam Levine will make it their SIXTH week in the chart with this song, however they've only ever been able to get to No.2...can they finally leapfrog the No.1?

Remember to tune in from 4PM this Sunday and keep it Capital! 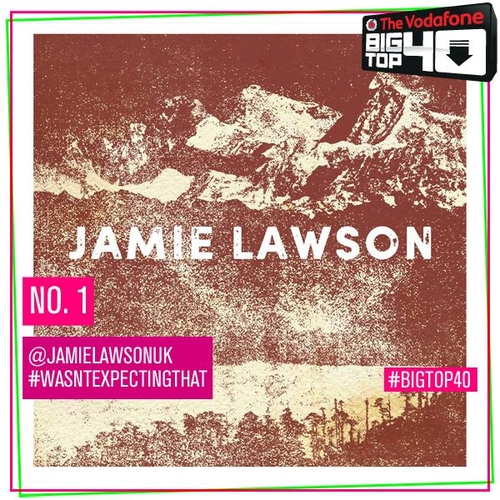