If you're looking for a new TV show to binge on until you literally can't keep your eyes open, then we've found it.

When you hear the word 'WWE' we're pretty sure the majority of your minds go directly to The Rock right? Well, what if we were to tell you that the biggest wrestling company in the world also produce one of the most addictive shows on TV.

If you're just getting a little bored of Kim, Khloe and Kourtney then here are a few reasons to turn your attention towards Bella, Paige and Nikki...

Two of the show's biggest stars are Nikki and Brie Bella & they're HOT af.

Oh yeah, we forgot to mention, they're twins and their partners are the biggest WWE superstars in the industry, John Cena and Daniel Bryan.

The ladies have ALL the same problems as us normal people, including spray tan fails.

As ever, Paige's BFFs were on hand to capture every moment of her embarassment.

There are so many bitch-fits and meltdowns that we literally can't keep count.

Trust Paige to say it how it is (plus you wouldn't really want to naff any of them off, they could paralyse you with their bare hands!).

It shows us all exactly what real relationships are actually like...even if you're John Cena.

Nikki Bella wasn't going to let her hubby get away with his constant showboating and put him in place like a BOSS.

WWE presenter Renee comes out with some of the best one-liners we've ever heard.

Renee, you are now officially our favourite person EVER.

Their every day outfits are just as flawless as their in-ring attire...

YES! YES! YES! The Divas have a flawless taste in fashion even if former world champion Daniel Bryan doesn't agree.

Even through all the drama, the Divas always pull through for one another. 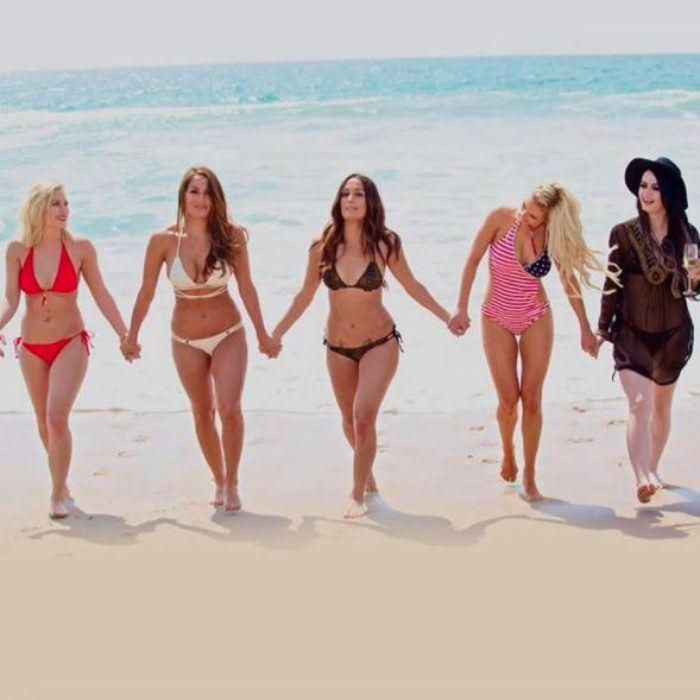 It'll give you the biggest amount of gymspiration that you've ever had in your life.

Aaaaand, it might take a while for us to do that workout!

Their fans are super dedicated and the ladies are just TOO SWEET with them!

We almost want to cry along with them!

The sass levels are off the charts!