The designer Harry Styles wore in the 'Golden' music video is having a 'pinch me' moment as the star helps thrust them into the spotlight.

Harry Styles ended us all dropping the 'Golden' music video and now we're finally over the initial shock and have stopped watching it on repeat, we've fallen in love with all of the dreamy looks the singer served throughout the flick.

The video, which premiered on 27th October and already has over 14 million Youtube views, sees Harry running around the amalfi coast in Italy, being his usually charming self and serving some truly unforgettable looks.

The singer's stylist, Harry Lambert, credited 'recent graduate Steven Stokey Daley' as providing many of the pieces for the video, and now, S.S. Daley is having a serious 'pinch me' moment at having millions of people see their designs.

Taking to Twitter, he wrote: "super emotional about this one - the biggest thank you to @harry__lambert."

‘wearing full @SS_DALEY’ - super emotional about this one - the biggest thank you to @harry__lambert ❤️ https://t.co/cnr4OOd8qN

In another tweet, he said: "I’m SO excited about this - a pinch me moment."

The designer thanked Harry's stylist, Harry Lambert, for dressing the superstar in his designs as fans flood their Twitter page with congratulations and praise that Harry's looks were incredible- and we couldn't agree any more.

We're definitely not recovered from Harry in that white shirt, nor will we be for quite some time.

Heading to the designer's website, a photo of Harry in his (now infamous) white shirt has been posted, which is available to pre-order and we're almost certain will be selling out in no time at all!

Harry and his team are known for using little-known designers to dress the singer for tours, videos and appearances, with items he's previously worn often selling out in a very short space of time after fans hunt down where they come from!

'Golden' was the former One Direction star's fastest video to premier and hit 10 million views- so we're certain the items he rocked in the video will be flying off the shelves. 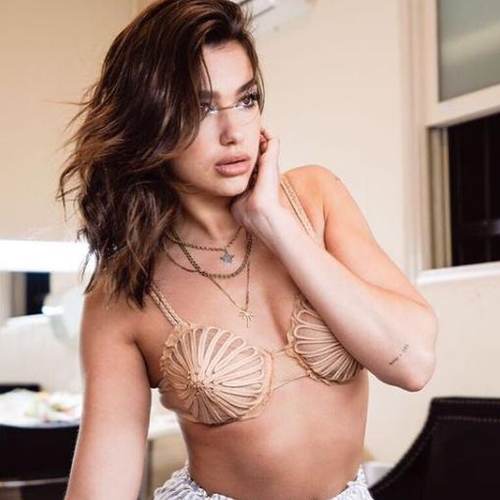