Louis Walsh let slip the one contestant he thinks people need to keep an eye on in the brand new series...

Every single year it's one of the most hotly competed competitions in the world and yes, our friends at the X Factor are back. Woo hoo!

From Little Mix to One Direction, the show has been responsible for finding some of the world's most amazing stars and now we've got a sneak peek at exactly who could take the crown this time around.

When we caught up with judges Nicole Scherzinger, Louis Walsh and show host Dermot O'Leary this week, the trio told us just how excited they were that the show was back and let us in on a little secret!

Friday night outfit inspo from the always glam @nicolescherzy! Hands up if you're as excited as we are to see her back on #XFactor tomorrow (8pm @itv ) #FriYay #ootn

After we tried to get a cheeky bit of info about the upcoming series from the group, Dermot claimed, "We don't have any surprises to reveal because we don't know yet", before Louis dropped the bombshell we were not expecting.

Revealing his number one act to look out for this year, the judge exclaimed, "I say watch out for the man with the ponytail, the big long ponytail" before Dermot chimed in saying "Oooh yeah!" and Nicole gasped whilst reliving his audition in her mind. 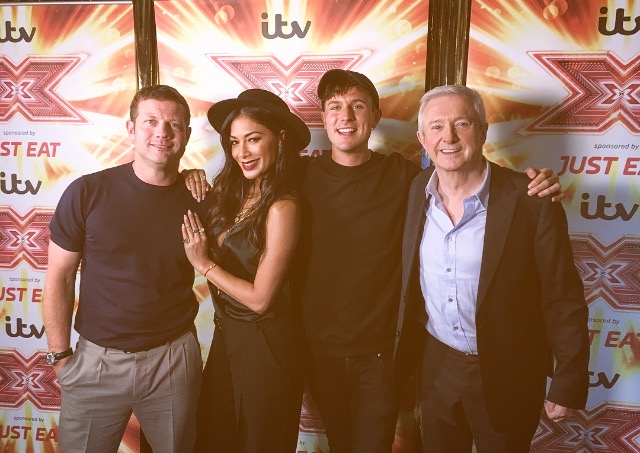 So could 'the man with the ponytail' actually turn out to be the winner of X Factor 2017?

He'll have a tough task following the likes of Matt Terry, Louisa Johnson and James Arthur given the success the three recent champs have gone on to have, but we need a new winner to get behind and we're so ready for it.

Whilst you're here, check out what happened when Simon Cowell had a dig at Mel B on America's Got Talent recently...

Jump into the Capital app now for all the latest X Factor chat - you can even listen to the biggest and best tunes around whilst you're there too!