“She’s Hilarious!”: The Best Celeb And Fan Reactions To Taylor Swift’s ‘Shake It Off’ 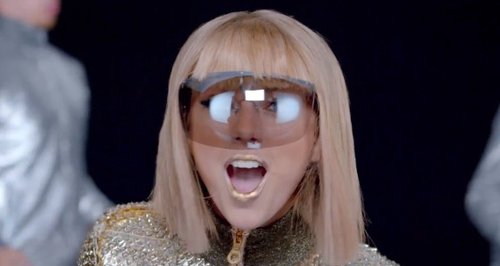 Taylor Swift has just dropped possibly the best video EVER – and those celeb types and fans alike have blown up Twitter!

T-Swizzle’s latest offering is possibly her best video yet – featuring everything from clumsy ballet to some SERIOUS booty twerking – and it’s sent the entire internet into a frenzy.

We’ve picked out our favourite celebrity and fan Twitter reactions to the video:

Lena Dunham was loving it:

Perez Hilton is in awe of Swifty's loyalty to her fans:

Did I mention that the pizza party @TaylorSwift13 was throwing for her fans was in her apartment? Who else does that??? NO ONE! #ShakeItOff

Kelly Clarkson is a BIG fan!

Don't mess with @TaylorSwift13, or she will write an incredibly catchy song about you. http://t.co/ryYA6Mp25I

The fan GIFs have already started…:

Someone needs to set up a #ShakeItOff helpline:

Guys I've been repeating Shake It Off for an HOUR.... send help... #taylorswift

No, really, the fan GIFs are out in force:

This lady is a self-confessed #Swifty:

This fan is word-perfect:

This fan is not getting any work done today:

been listening to shake it off for 5 hours straight . obsessed