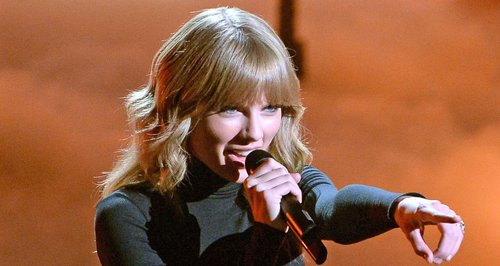 The '22' singer says she is glad her fans don't take part in sending hate messages to other fan groups.

Taylor Swift says she is "so proud" of her fans because they are always nice to other artists' fan bases and "don't say hateful things".

The 'I Knew You Were Trouble' singer issued a special message of thanks to her fan base, often referred to as the 'Swifties', and praised them for not following other fan groups by sending threatening tweets of "death threats".

"I just feel so proud that my fans are always nice to other fans. They don't say hateful things," Taylor explained. "They don't say they're going to set people on fire or anything. They're not sending death threats."

At the ceremony earlier this week Taylor was presented with the CMA Pinnacle Award for her contributions to country music over the years, and broke down in tears towards the end of her emotional acceptance speech.

Taylor Swift is currently working on music for a brand new studio album and recently revealed she is "dying" for fans to hear some of her new material.