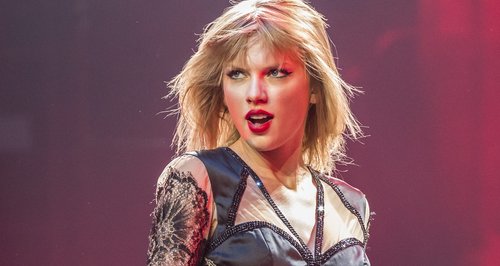 The 'Begin Again' singer says she still sees herself as a simple songwriter at heart.

Taylor Swift says despite all of her fame and fortune in the music industry she still sees herself as "this girl who writes songs in her bedroom".

The 'I Knew You Were Trouble' singer was speaking fresh from taking her sold-out 'Red' tour across North America, and says despite comparisons to huge global stars like Madonna she never sees herself that way.

"I would never see myself that way," Taylor revealed to the Associated Press this week, after picking up a new songwriting award. "I see myself as kind of this girl who writes songs in her bedroom.

"You can dress kind of dress it up all you want and you can put together an amazing theatrical production, you can become a better performer as time goes by and you can try to excited people, but I'm always going to be a girl who writes songs in her bedroom in my own personal perception of myself," she added. "It's just easier to think of myself that way."

Taylor Swift brings her 'Red' tour over to the UK for a number of shows in February 2014, and is now working on her fifth studio album.