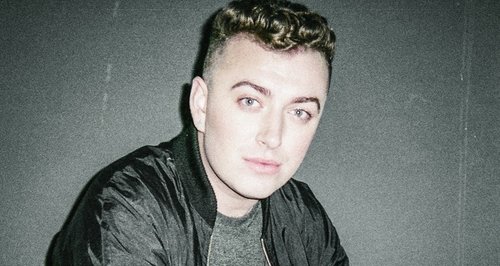 The 'Money On My Mind' star's fans have been praising the UK talent across Twitter after his latest news.

Sam Smith went straight to number one on the Vodafone Big Top 40 last night (18th May) with his new single 'Stay With Me', leading fans across Twitter to congratulate the star.

UK singer Sam, who celebrates his 22nd birthday today, has now scored his second solo number one with the latest track from his upcoming debut album 'In The Lovely Hour'.

Rita Ora's 'I Will Never Let You Down' drops down one place to number two, while Sean Paul and Fuse ODG scored a new entry at number four with 'Dangerous Love'.

Sam Smith's star has never been higher, with his new album dropping next week, and fans couldn't contain their excitement on Sunday evening after 'Stay With Me' took the top spot.

Sam smith is number one woooooo

Sam Smith is number one ! I'm so proud, even if I know that he deserves it !

Sam smith's voice is unbelievable such a talented guy omg

> Sam Smith Performs Acoustic Version Of 'Stay With Me'.