What Does Sam Smith Sing In The Shower? According To His Boyf’s Video, Beyonce! 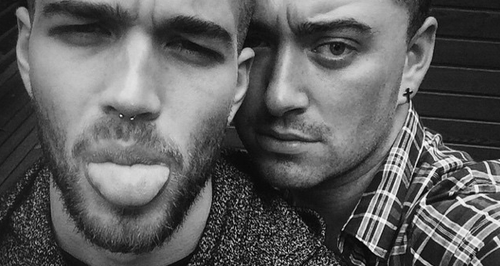 Sam Smith’s boyfriend posted a video of Sam singing in the shower – and he sounds INCREDIBLE singing a Beyonce classic!

Sam Smith makes no secret that he’s a fully-fledged member of the #BeyHive, but it turns out that he even likes to sing Beyonce tunes in the shower!

Most of us sound like screeching cats when we belt out a tune or two in the shower, but Sam Smith actually sounds pretty incredible in this covert video filmed by his boyfriend.

Jonathan Zeizel, Sams new model and dancer boyf, posted the video of Sam in the shower on Instagram – just the door, so Sam maintained his modesty! – singing Beyonce’s ‘Drunk In Love’.

If we sounded that good in the shower, we wouldn’t mind it being posted up on Instagram either!