Sam Smith Talks His New Album... And Vows To Be Even MORE Honest! 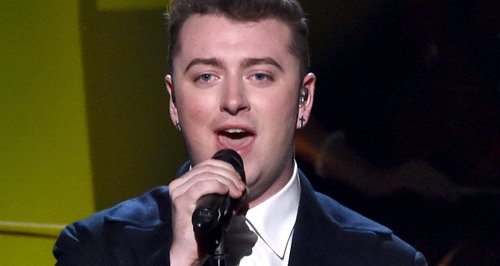 The 'Stay With Me' star talks fresh from the Grammys about his follow-up to 'In The Lonely Hour'.

Sam Smith has made his fans a promise for his next album… he's going to be even MORE honest than on his last record!

Yes, despite pouring his heart out about love and heartbreak on 'In The Lonely Hour', it seems Sam's got even more to give us for the follow-up, which he's already started work on.

"For my next record I've already started writing and my plan is to be even more honest than I have been before," Sam told MTV News, at the Grammy Awards this past weekend.

"As someone that consumes music I hate it when I see celebrities and artists become polished and look like they've got loads of money and no problems," Sam explained. "I do still have problems, and I'm going to have problems.

"I really want to just show my human side," he added. "I'm not actually [a melancholy person], but my music is melancholy."

Back in November last year Sam confirmed he was back working on new music and was "overflowing with ideas" for #AlbumTwo, and it looks like Sam's found even MORE inspiration now!

Already have so many ideas flowing through my mind for album 2. Brace yourselves... When you think it couldn't get more honest...

Sadly, we probably shouldn't get TOO carried away just yet, as Sam says it'll be quite a while before the album does arrive.

"It's a long long way till then though," he added. #SadFace

Its a long long way till then thou

"Already have so many ideas flowing through my mind for album 2," Sam tweeted at the weekend, giving us the news we'd been waiting for! "Brace yourselves... When you think it couldn't get more honest."

Sam Smith was the big winner of the Grammy Awards 2014, taking home four awards in total over the night.