Sam Smith's Got A$AP Rocky On His New Song... And It's AWESOME! 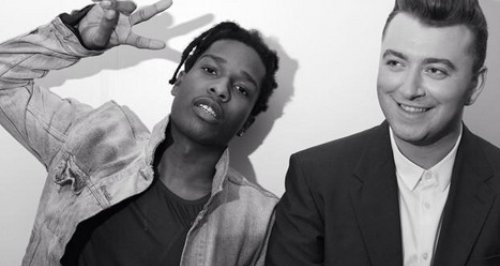 Listen to the INCREDIBLE rework of Sam's latest single, including the NEW rap guest star.

You'd think it was impossible for Sam Smith to make his new single any better… but the UK star has gone and proven us all wrong!

Sam has roped in US rapper A$AP Rocky to feature on a NEW version of his latest release 'I'm Not The Only One', fresh from storming iTunes Festival 2014 last night (9th September) with a crowd-pleasing set.

Listen to Sam Smith's new version of the track below. Go on, you know you want to!

The UK singer-songwriter has released the track as his latest single from debut 2014 album 'In The Lonely Hour', but as an extra special bonus the new version features a rap segment from the hip-hop star.

The release follows news this week that Sam Smith has announced a new UK tour for spring 2015, fresh from his huge success across the US over the past few months.

Sam Smith's NEW version of 'I'm Not The Only One' featuring A$AP Rocky is available to download now.