One of everything, please and thank you.

Rihanna’s Navy are amongst the loudest Twitter fans around.

So, needless to say that when RiRi debuted her new Fenty Puma range in Paris this week, the Twittersphere went OFF.

> This '80s Version Of Rihanna & Calvin's 'This Is What You Came For' Is Almost Better Than The Original! 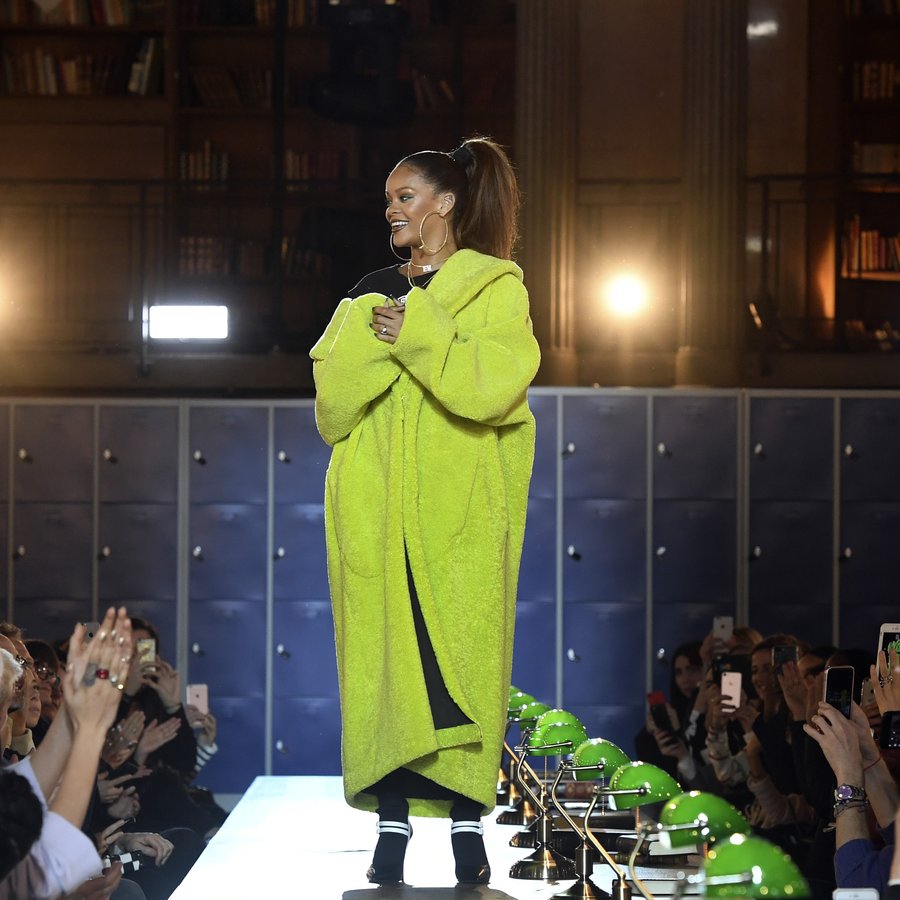 The show was staged in the National Library of France, so instantly you know it’s going to be cool AF. Guests were given detention cards and there was a group of models, as well as the singer (and now designer!) herself posing for a Yearbook photo. All the models were dressed head to toe in Bad Gal Ri’s crazy-cool versions of school uniforms as they headed down a runway formed as desks.

The Twitter reactions that went with said show were absolutely priceless. The hashtag, #fentyxpuma started trending almost as soon as Rihanna entered the venture and Twitter didn’t slow down until long after her final bow.

@rihanna take it. Everything I got. My soul too. #FENTYxPUMA pic.twitter.com/faJQTfEayY