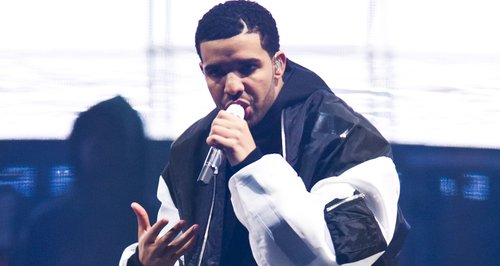 Fans have been speculating that the newly dropped track is all about the Bajan superstar.

Drake's newly dropped song 'Days In The East' has sparked huge fan speculation the track was written about his romance with Rihanna.

The pair have faced constant rumours about a relationship for the past few weeks, after she joined Drake on the road for his European tour, and the newly unveiled tracks seemingly reference 'What Now' star Rihanna throughout.

> Is Rihanna heading to The X Factor UK?

While Drake has yet to confirm what the track is actually about, fans have taken to Twitter in droves to reveal their verdict, which seems to suggest they think 'Days In The East' was written about the pair's romance.

The entirety of "Days in the East" was about Rihanna he even sampled her song. Damn Drake.

Man drake poured his heart out to Rihanna in that "Days in the east" track I respect it and vibe to it.

Drake is def speaking about Rihanna in 'Days In The East'. You can be in denial about it, but he's pointing it all out

Days in the east by Drake is sooooo about Rihanna

Drake recently wrapped up the UK leg of his 'Would You Like A Tour?' tour.

> The 9 key elements that make up Rihanna & Drake's relationship.