RiRi shed a tear during her tour performance in Dublin, and the #Navy are rallying round her.

The #Navy are pretty worried about Rihanna – the Bajan singer broke down in tears during her tour performance in Dublin last night – and fans want to know if their idol is alright.

One Fan Got A Rihanna Cake And The ENTIRE Internet Isn't Happy...

RiRi was singing her Eminem collaboration, ‘Love The Way You Lie’ on the Dublin date of her Anti World Tour, when she visibly broke down in tears during the song and wiped away the tears.

The ‘BBHM’ singer had turned up 30 minutes late for the show and fans were quick to wonder whether the two things were connected.

Just about cried watching @rihanna crying. How can she's till look like a 10 crying?

RIHANNA CRYING MADE ME CRY OMG IM OUT

seeing the videos of rihanna crying makes me emotional as hell

Hurt me to see you crying on the show today @rihanna

After her hit-filled performance, Rihanna thanked the amazing Irish crowds, “I only have ever in my life heard an audience of people scream so loud that they sound like one voice and that only happens in Ireland, in Dublin. Thank you so much.” 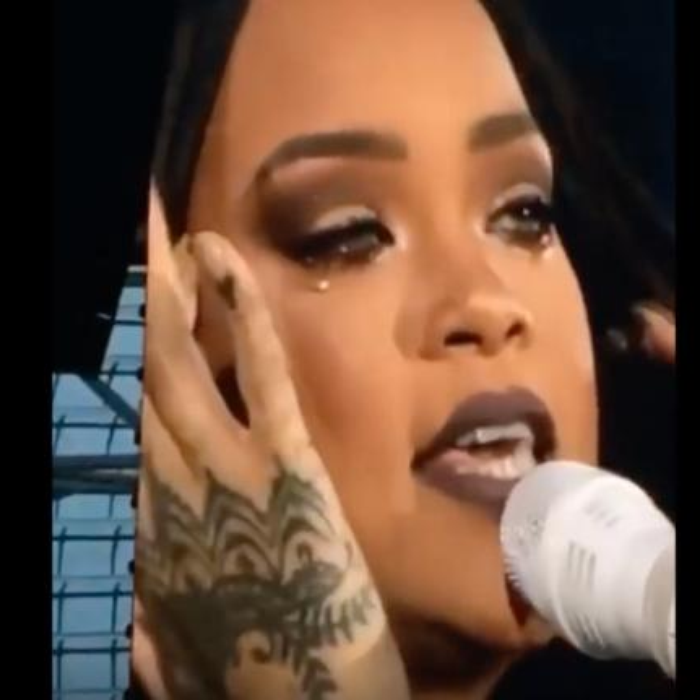