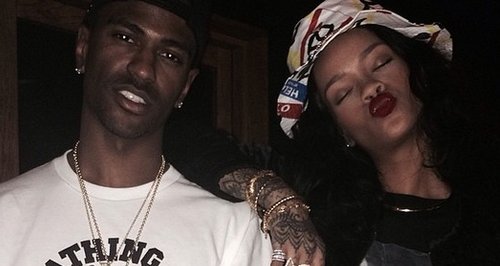 The 'We Found Love' star has been working on material for her next studio album.

Rihanna and Big Sean could well be collaborating together on the Bajan superstar's new album if hints on his latest Instagram shot are to be believed.

The 'What Now' singer has been teasing fans for several months with plans for new music, and dropped another huge hint this week when she posed for a snap with the US rapper in the studio.

"2014" was the simple caption Big Sean chose for their posed picture, giving fans hope they could see some incredible new tunes from Rihanna before the year is out.

It is unknown whether the studio session was for Rihanna's follow-up to 'Unapologetic' or for Big Sean's own new album project.