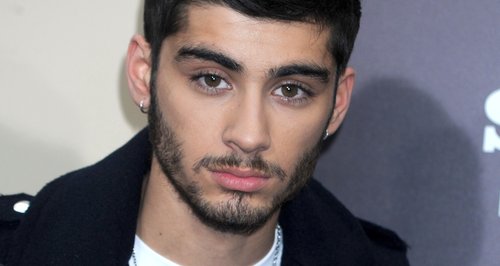 The 'Best Song Ever' star tweeted his fans to get them to back the girl band's bid to crack America.

Little Mix have been congratulated on their chart success in the US this week by Perrie Edwards' fiancé Zayn Malik from One Direction.

The 'Move' four-piece hit the number one spot on the US iTunes chart earlier this week with newly released second album 'Salute', and Zayn admits he is "so proud" of the girls.

"So proud of my baby!! Download the tune and keep it @ #1!! :)," Zayn tweeted last night (5th February), while his One Direction bandmate Niall Horan also posted: "The lovely girls of @LittleMixOffic have are at #1 on the iTunes chart, you guys gotta keep it there for the week! It's a great album!

Little Mix star Perrie and boy band hunk Zayn got engaged in August 2013, and Perrie first showed off her engagement ring at the world premiere of the band's documentary film This Is Us 3D.

Another day in amazing NYC! Lets keep the album up there mixers! Perrie <3 #SaluteOutNOW! http://t.co/9PwOmBEaNs pic.twitter.com/ivlaQ8HXEr

Little Mix are set to join Demi Lovato as a support act on her 'Neon Lights' tour this month.