Matt talks ALMOST working with 1D... and whether the boys have talent!

Yikes… please tell us there’s not another pop feud on the way? The 1975’s frontman Matt Healy MAY just hard sparked a new war of words after not holding back in an interview when asked about those cheeky One Direction boys.

The ‘URGH’ singer opened up - and didn’t hold back - about being asked to work with the band a year or two ago, revealing he doubts they have any artistic credibility despite admitting the chaps are actually “nice guys”. Yeeeesh!

“They got me in and they said, ‘We really like your band. Would you write a song for us?’,” Matt revealed to Spin. “[But] they didn’t seem to be actually that interested. They just wanted to play me this song that they said was really, really inspired by us.

Matt revealed the boys then played him their track ‘Change Your Ticket’ from their album ‘FOUR’, which had a VERY similar sound to the 1975’s track ‘Girls’, causing him to drop a bit of tough love advice on 1D.

“Listen guys, fill your boots, the song doesn’t sound that much like ‘Girls’. But the guitar and the whole vibe of it is a complete lift,” he advised. “So take the guitars off and we’re good.

Despite seeming to have a rather strong opinion about the One Direction boys we THINK Matt’s not being too serious with his opinion - considering he made out with a cardboard cut-out of Harry Styles in The 1975’s ‘Love Me’ music video.

The 1975 are currently promoting their latest single ‘The Sound’, taken from the boys’ upcoming studio album ‘I Like It When You Sleep, for You Are So Beautiful Yet So Unaware of It’.

Check out 1D's bonus edition version of 'Change Your Ticket' below:

Can you hear their influence from The 1975's hit 'Girls' below? 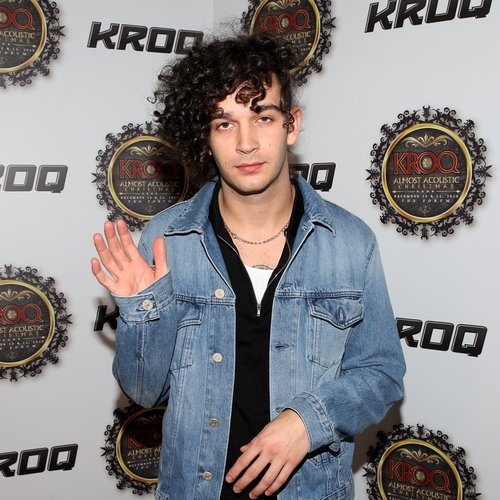