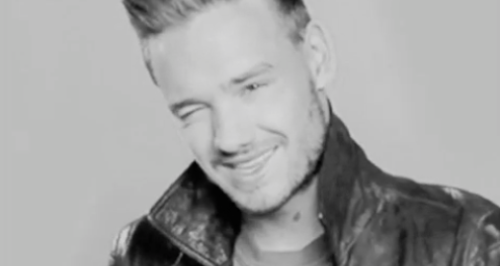 Liam Payne is pretty much the dream boyfriend, but unless you're lucky enough to be Sophia Smith, you'll probably need this guide to his best BF traits...

Imagine - IMAGINE - dating Liam Payne from One Direction?! We can't even comprehend how many kinds of awesome it would be, but we've chosen just 9 out of the MILLIONS of reasons why it would be blooming brilliant in the form of Vine.

1. He likes a cheeky drink…

…even when it's a TOTALLY inappropriate time. Cheeky little BRIT awards red carpet tipple? Sure.

2. Even watching football would be fun

Standing on the sidelines watching 5-a-side is a WHOLE lot more fun when your boy and his mates look like THIS.

3. Holidays would also be a million times better

Yep, the boy should just never wear clothes ever. GO ON MR PAYNE!

4. Your dates would involve watersports

Mostly topless, or in a skintight wetsuit. We're cool with either.

5. He could totally beat up anyone that hurt you

All that boxing training is bound to come in handy, and if not, it's a great excuse to shamelessly perv on him anyway. Win-win.

6. Going out clubbing would be GREAT

Uh huh honey, SHAKE THAT THANG! Even the local Wetherspoons would look better when the Payne Train is on the dance floor.

We'd obviously make sure it was a much slower song and get a LOT closer. Because, rankly, you'd be mad not to.

8. He could serenade you

Because if you're dating one member of the BIGGEST boy band in history, you're going to want to be sung to. Maybe not these two particular songs though…

9. You'd basically have the HOTTEST boyfriend ever

LOOK at him. Just LOOK!!! He's so fine that looking at him makes our hearts hurt a little. How is it fair for one man to have this much hotness?

> Ooh-Err! Whats made Harry Styles make THIS face? Check out his best facial expressions via the medium of Vine

> It's OFFICIAL! Check out the (totes scientific) reasons why One Direction can make you live longer via GIFs

> Yeah Baby! Check Out One Direction's Niall Horan's Sexiest (And Most Random) Vines

> Find out whether you're compatible with Louis Tomlinson via Vine