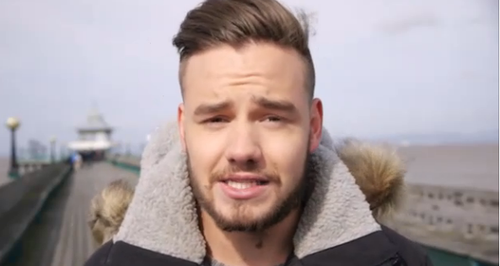 The 'Story Of My Life' star got choked up while performing on the first night of the new tour.

One Direction kicked off their new world tour over the weekend with an emotional opening night that reportedly saw band member Liam Payne reduced to tears at one point.

According to fresh reports, during 1D's opening night in Bogota, Columbia, Liam got "choked up" during the group's performance of their new single 'You & I'.

"Niall said, 'I know Liam will probably be embarrassed by this, but he cried a little while we were singing 'You & I', " a source who attended the show revealed, reports The Mirror.

Liam later took to Twitter to thank fans for their incredible support, as well as revealing how emotional he was to launch the 'Where We Are tour', describing it as the "greatest experience" of his life.

The greatest experience of my life

Honestly you guys are gunna set me off again Lima that was an overwhelming experience something I'll remember forever...

Fellow One Direction star Harry Styles also tweeted his thanks out, after the band's first tour show.

"Columbia, thank you so much. You were the perfect way to start a tour," Harry posted. "It's been a while and you were incredible."

Columbia, thank you so much. You were the perfect way to start a tour. It's been a while and you were incredible. Love .x